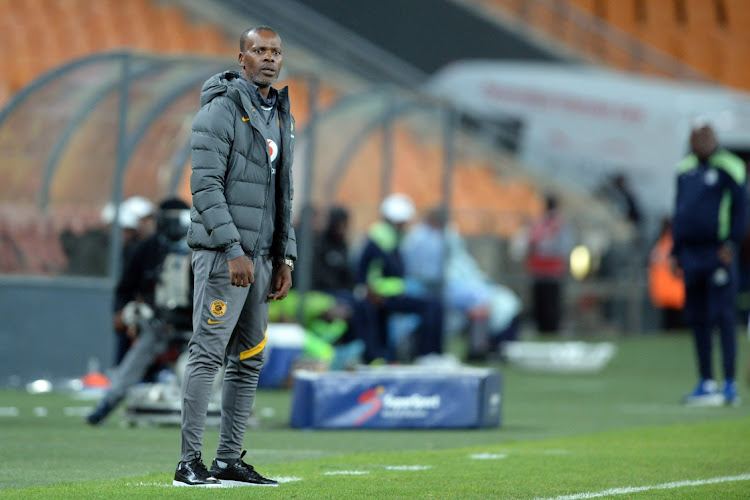 Kaizer Chiefs caretaker coach Arthur Zwane has entreated the club to go for someone who will not change the style of play he’s introduced since taking over, preferring a local, should they not retain him.

Zwane’s enterprising style of play was in full swing when Chiefs held their own in a 1-all draw against champions Mamelodi Sundowns at FNB Stadium over the weekend. Phathutshedzo Nange scored for Chiefs, cancelling out Aubrey Modiba’s screamer. Amakhosi had a chance to bag maximum points late in the game when they won a penalty but the Brazilians keeper Reyaad Pieterse saved the spot-kick by Keagan Dolly.

Under previous coaches like Ernst Middendorp, Gavin Hunt and Stuart Baxter, Amakhosi hardly displayed resourcefulness in their play. Zwane, who replaced the last-mentioned trainer on a caretaker basis last month having been his deputy, doesn’t want the club to hire a tactician who will discard the style of play he’s instilled.

Meanwhile, Sundowns coach Manqoba Mngqithi also reserved special praise for Zwane and his assistant Dillon Sheppard, admiring how they had transformed Chiefs’ style in a short space of time.

“I must say it, it has been such a long time since I last saw such an interesting match between Chiefs and Sundowns. It was a very good game of football. Both teams were willing to take some risks. Chiefs played a type of football I can guarantee you it can easily bring supporters back into stadiums. There’s a lot that Arthur and Dillon have done with this team,” said Mngqithi.

Orlando Pirates may seemingly have one foot in the CAF Confederation Cup final following their 2-0 victory against Al Ahly Tripoli in the semifinal ...
Sport
2 weeks ago

Kaizer Chiefs and the National Soccer League (NSL) have reached a settlement regarding two matches the club failed to honour in December.
Sport
2 weeks ago

With Al Ahly’s 4-0 semifinal first leg win against ES Setif on Saturday Pitso Mosimane remains on track for a record that would set him apart in ...
Sport
2 weeks ago

Supporters said both sides missed opportunities after the match ended in a 1-1 draw.
Sport
2 weeks ago
Next Article