Newbies happy to have evaded drop in their first season 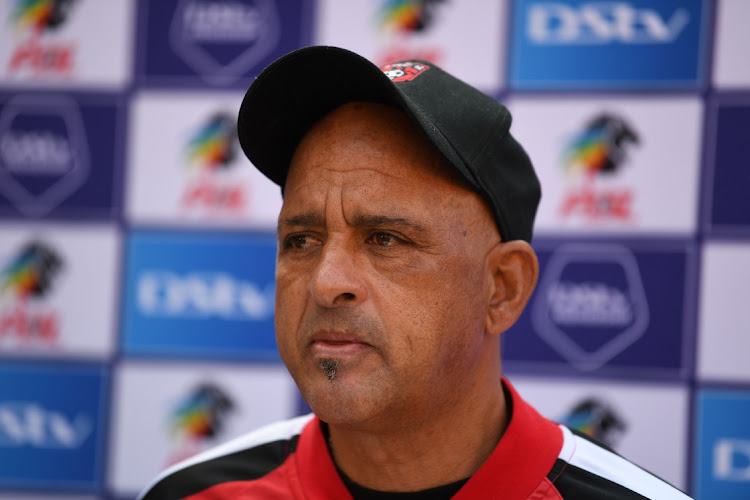 Sekhukhune United have reached their target of 32 points to ensure their safety in their debut campaign in the DStv Premiership.

Babina Noko started the season like a house of fire, using the element of surprise and energy of playing in the first tier to their advantage. They had a good first half of the season and even had thoughts of a top-eight finish. However, in the second half of the season they were figured out by the other teams and the positive results stopped coming.

There were fears in the camp that the team would be dragged into the relegation dogfight with a few games remaining. Co-head coach Owen da Gama calculated the team needed 32 points to avoid battling it out with the likes of Baroka, Swallows, Chippa and Maritzburg United.

The Johannesburg-based side reached the goal when they got a point in their goalless draw against AmaZulu on Saturday. Co-head coach MacDonald Makhubedu raved about the valuable point that secured the team’s status this season.

“I think we played well, we executed the game plan well. We wanted the win, of course, but a point was enough for us,” Makhubedu said.

“We played against a team that is on form, they’re doing well at the moment and are very strong defensively. They had not conceded a goal before playing us so we knew what we were going to come up against.

“We wanted to get a goal or two because we knew they defend well as a unit, they are aware and compact and they have good fullbacks. We had to make sure they don’t score because they don’t concede easily.”

In their two remaining games Sekhukhune will play Kaizer Cheifs this Saturday and conclude their season on May 21 away at Marumo Galants.

Cape Town City mentor Eric Tinkler insinuated they did not really deserve to win against relegation-threatened TS Galaxy at the weekend, attributing ...
Sport
2 weeks ago

Orlando Pirates have one foot in the CAF Confederation Cup final after their 2-0 win in the semifinal first leg over Al Ahli Tripoli of Libya at ...
Sport
2 weeks ago

Keagan Dolly missed a late penalty that would have kept Kaizer Chiefs' dream of  finishing second alive, as they played to an entertaining 1-all draw ...
Sport
2 weeks ago

Orlando Pirates co-coach Mandla Ncikazi says his teams need at least one away goal from the first leg of their Caf Confederation Cup semifinal ...
Sport
2 weeks ago
Next Article