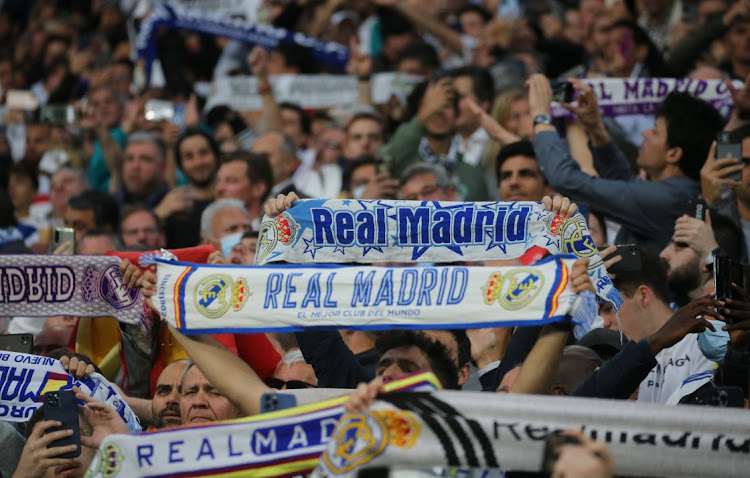 Madrid - Spanish media heaped praise on Real Madrid after the LaLiga winners pulled off a remarkable comeback win against Manchester City on Wednesday to advance to the Champions League final.

Leading 1-0 with minutes to go, City seemed to be heading for Paris before a late Rodrygo double and an extra-time penalty from Karim Benzema gave the hosts an unlikely 3-1 win on the night and secured a 6-5 victory on aggregate.

"Real Madrid are out of this world," Madrid-based AS said in their headline, accompanied by a picture of the squad celebrating in front of a section of the home crowd.

Sport newspaper simply went with "Incredible" after Real once again turned around a first-leg deficit following their last-16 win against Paris St. Germain earlier in the competition.

Marca hailed it as the "greatest night in the history of the Bernabeu".

"If PSG was already inexplicable, if Chelsea was already incredible, last night in Chamartin was, simply, the best night of a stadium that has seen this team in all colours and that is a lot to say," read their lead story.

Former Real Madrid president Ramon Calderon said Uefa should gave the club a special trophy to recognise their comeback efforts in making it to yet another Champions League final, their 17th including the old European Cup.

In the streets of Madrid, discussion of the match was still rife. “You never lose hope when it comes to Real Madrid," said fan Maria Jose Gomez. "I was changing channels every five seconds so as not to die of fright. On top of that I could hear the roar of the stadium from home and I live two kilometres away from it."

Real will take on Liverpool in a rematch of the 2018 Champions League final at the Stade de France on May 28.

Real fight back from the brink to stun Man City

Real Madrid fought back from the brink of elimination to beat Manchester City 3-1 after extra time and 6-5 on aggregate in an enthralling and ...
Sport
2 months ago

Real Madrid will go on the attack against Manchester City in the second leg of their Champions League semifinal at the Bernabeu on Wednesday night as ...
Sport
2 months ago

Liverpool's Mohamed Salah said he wants to face Real Madrid rather than Manchester City in the Champions League final as the Egyptian forward targets ...
Sport
2 months ago

Liverpool reached the Champions League final with a 3-2 win over Villarreal on Tuesday that secured a 5-2 aggregate victory.
Sport
2 months ago
Next Article