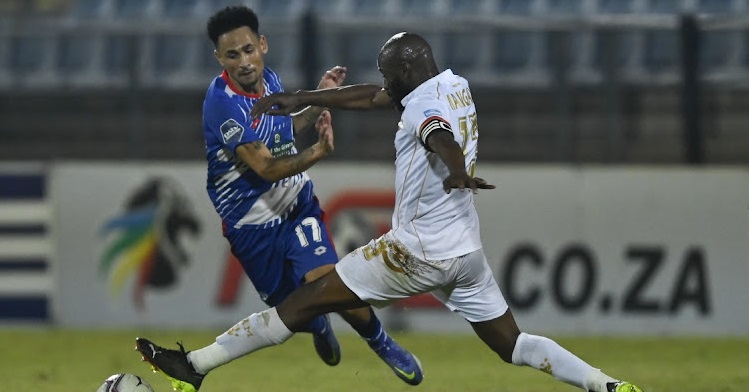 Maritzburg United will be looking to build on their famous victory against Royal AM when they visit Stellenbosch in the DStv Premiership match at Danie Craven Stadium tomorrow at 5pm.

A victory for the Team of Choice would see them reach the 30-point mark in the log table, where they will be out of the relegation zone.

With other relegation contenders [TS Galaxy and Baroka] winning their matches, coach Ernst Middendorp insists they were not inspired by those results, but that they plan to win all their remaining home matches.

“It was a good result after Galaxy winning against [Orlando] Pirates surprisingly, Baroka also getting a victory against Golden Arrows but we were not guided or inspired by the results elsewhere,” Middendorp told his side's media department after the game.

I think it was a lot of discussions, talk and support from the community here and that inspired us to win. The chairman [Farook Kadodia] had several meetings with the players just to make sure we don’t get into the last match of the season and we are still not safe.

“It was our second-last home game. We needed to win and pick up these points to go into the next two away games [without too much pressure]. We are prepared to suffer and support each other and show this collective what you have seen today and we can get the points. To be in a comfortable position in the league.”

Meanwhile, following their goalless draw with SuperSport United on Tuesday, a disappointed Stellenbosch coach Steve Barker said his side will need to improve their finishing when they welcome Maritzburg.

“I was disappointed that we only walked away with one point against SuperSport and I thought we were the better team throughout the match,” Barker said.

“We had opportunities to win it and I thought it was an accomplished performance from the players. We moved the ball well and we rotated well. We created several good chances, so I was a bit disappointed that we only got a point.”

As hopeful as he is that he'll save Swallows from relegation, coach Dylan Kerr has narrated how their three remaining matches are difficult in ...
Sport
3 weeks ago

Mamelodi Sundowns co-coach Manqoba Mngqithi sees some positives from Kaizer Chiefs under interim coach Arthur Zwane and is encouraged with the ...
Sport
3 weeks ago

Former Orlando Pirates winger Tlou Segolela has urged the club's players to gather mental strength amid the prospect of coming up against green ...
Sport
3 weeks ago
Next Article