Dolly calls for players to show initiative on field 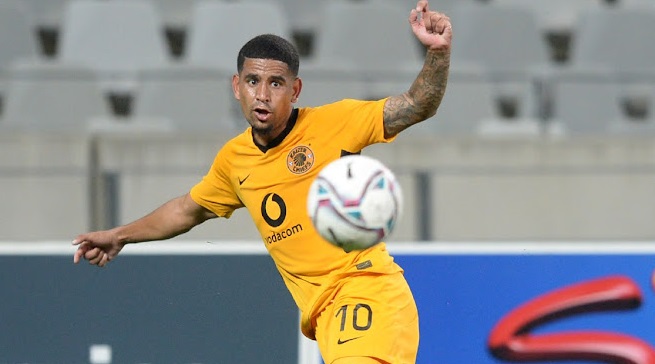 Kaizer Chiefs are a few steps closer to being genuine title challengers.

Dolly, a two-time league winner with Sundowns, strongly believes Amakhosi aren't miles away from being title contenders, highlighting their eagerness to always play enterprising football at the expense of grinding out results by hook or crook as their undoing this season. The former Montpellier left-winger wants his teammates to sometimes take matters into their own hands without being spoon-fed by mentors.

"I think we're not very far off challenging for the league. We have a great bunch of players, especially our youngsters coming from the development. I think once we just start understanding the fact that sometimes best football won't win us games we will challenge for the league title,” Dolly said yesterday.

"Sometimes we have to fight as a team and be a unit on the field. Sometimes the tactics won't come the way we trained or planned and it's for us, as players on the field, to see that and fix it on the field. We can't wait for the coach at halftime to tell us, we need to sort it out on the field.”

Dolly has netted eight goals this season, his most in a single season since he turned professional. The Chiefs man insists he doesn't pay attention to individual accolades as he puts the team first.

"Since I started playing football, it's never [been] about me. As long as the team is doing well and getting results I am happy. I don't look at the stats, for me it's about the team's performance. I always say if the teams does well, the individuals will standout but personally I don't look at all these things of stats,” said Dolly.

Former Orlando Pirates winger Tlou Segolela has urged the club's players to gather mental strength amid the prospect of coming up against green ...
Sport
2 weeks ago

The demise of Jomo Cosmos from SA football’s professional ranks shouldn’t come as a surprise as it is has been a long time in the making.
Sport
2 weeks ago

After enjoying a perfect start with a victory over Golden Arrows at Peter Mokaba Stadium on Wednesday, Baroka interim coach Vincent Kobola is ...
Sport
2 weeks ago

Kaizer Chiefs caretaker coach Arthur Zwane is mindful that making wholesale of changes at this stage of the campaign would be disastrous.
Sport
2 weeks ago
Next Article