Pirates urged to steel themselves for Confed semifinal 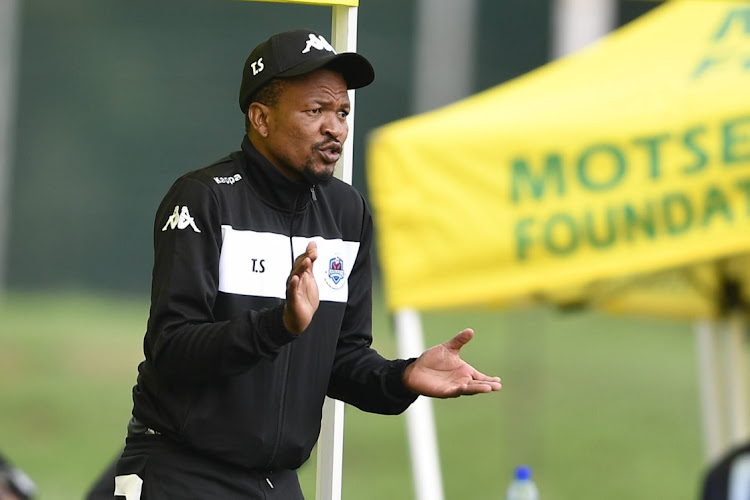 Former Orlando Pirates winger Tlou Segolela has urged the club's players to gather mental strength amid the prospect of coming up against green lasers at the Martyrs of February Stadium when they take on Al Ahli Tripoli in the semifinal of the CAF Confederation Cup on Sunday (6pm).

The return leg of the tie will be next week at Orlando Stadium as Bucs bid to reach another Confed Cup final after they lost out in 2015.

Segolela was part of the Pirates team that reached two CAF finals in three years (including the 2013 Champions League). The former winger believes the players need to have mental strength, especially away from home as they face hostile situations and the prospect of having lasers shone in their faces, as usually happens when teams travel to North Africa.

“The mental strength is key. When things are not going your way, you have to work harder. Those kinds of situations bring the best out of players. With the lasers, it's intimidation. The bottom line is it's 11 vs 11 on the pitch,” said Segolela.

“They have to be mentally strong because it gets tougher. Nothing has to change. They must believe in what they have been doing all along because that's got them to where they are now.

“Playing away, under those intimidating situations is often easy for SA players because you're free because they don't know much about your game. They have a mountain to climb. They have to make sure they leave everything on the field,” he said.

Even though Pirates have had a mediocre domestic campaign, Segolela believes that the players are not bad and should strive to win the Confed Cup.

“They haven't had a good season [domestically], but that doesn't make them bad players.

“They are in the semifinals and have the chance to go home with silverware. Yes, it's the Confed Cup, it's not a smaller tournament. Those teams are the best in their country. It's the only trophy they can win. They have to win it for the club, fans and families,” he said.

Pirates will count on the form of Bandile Shandu, who has been one of their most impressive players during their run to the last four, scoring four goals and assisting with one from nine games.

The demise of Jomo Cosmos from SA football’s professional ranks shouldn’t come as a surprise as it is has been a long time in the making.
Sport
2 weeks ago

After enjoying a perfect start with a victory over Golden Arrows at Peter Mokaba Stadium on Wednesday, Baroka interim coach Vincent Kobola is ...
Sport
2 weeks ago

Kaizer Chiefs caretaker coach Arthur Zwane is mindful that making wholesale of changes at this stage of the campaign would be disastrous.
Sport
2 weeks ago

He may not have played as much as he would have hoped for this season, but Mamelodi Sundowns defender Aubrey Modiba feels he has improved since he ...
Sport
2 weeks ago
Next Article