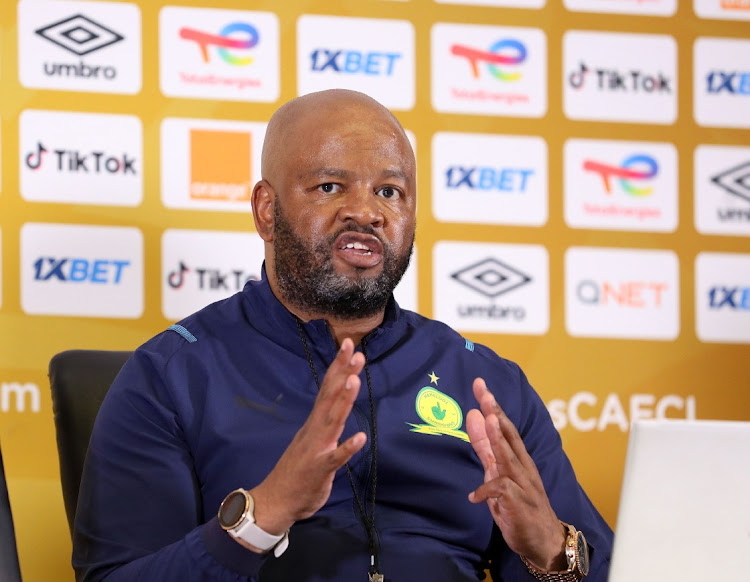 Mamelodi Sundowns coach Manqoba Mngqithi refused to be fooled by Summerfield Dynamos coach Clinton Larsen's assertion that his side will have no chance against the Brazilians in the Nedbank Cup quarterfinal at Loftus Versfeld tomorrow at 6pm.

Larsen appeared to have thrown in the towel already when he said a team from the ABC Motsepe League cannot stop a side like Sundowns.

But Mngqithi responded that only fools would believe that, saying Larsen will be desperate to upset them.

“One thing I can tell you about football is that there is no game a coach goes to play without thinking they could cause an upset,” Mngqithi explained to the media yesterday.

“When Clinton says they stand no chance, if you listen to that, you will be fooled. The truth of the matter is, when he was coaching Bloemfontein Celtic he would come with a very low block against us to try and make sure he frustrates us as much as possible and steal the result at the end.

“He has done that several times, so now he is coming with this team that is unknown to many people. It is easy for people to think it will be a walkover because we are playing an ABC Motsepe League [side]. But this team has just qualified from their stream in KwaZulu-Natal for the playoffs.

“This is one of the well-resourced teams in the ABC Motsepe League in KZN. I don’t want to be fooled by what Clinton said. I know he is coming to spring a surprise here and we have to guard against any element of complacency.”

Mngqithi said they had profiled Dynamos and that they are not a team to be taken lightly, as they have former Premier Soccer League players in their squad.

“They have quite a big number of players that have experience in the PSL and even some of the games they have played in the league are not very helpful [in analysing them] because of age restriction,” he said.

“In the Nedbank, they will bring a completely different team with a lot of experienced players. But we are confident that we will give it our best shot and the players will be ready to compete and understand the fact that they are coached by Clinton, who is a very capable coach.”

Summerfield Dynamos coach Clinton Larsen has downplayed his side's chances of causing an upset against Mamelodi Sundowns in the Nedbank Cup ...
Sport
4 months ago

Chiefs coach Baxter: Zuma has learnt from his mistakes and is ready to play

Kaizer Chiefs fan favourite Dumisani Zuma has learnt from his mistakes and is ready for combat if called upon, coach Stuart Baxter has said.
Sport
4 months ago

SuperSport United coach Kaitano Tembo says he is not having sleepless nights over talk of Benni McCarthy being linked with a move to the club.
Sport
4 months ago
Next Article