SuperSport coach vows to continue beyond this season 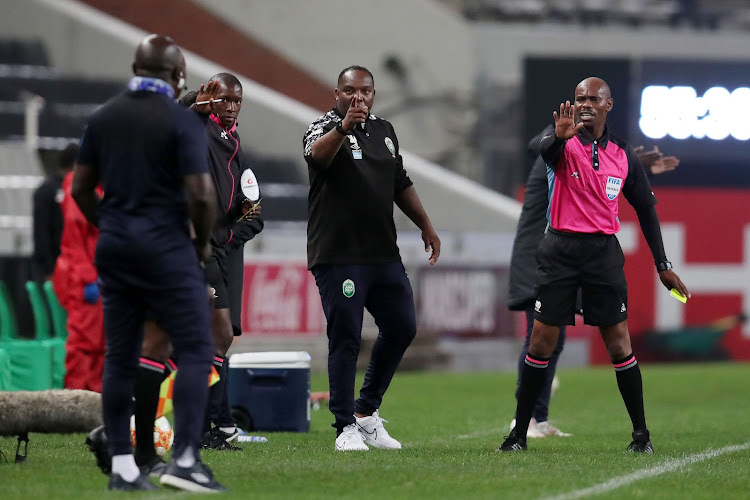 Speculations have been rife that SuperSport want to fire Tembo and hire McCarthy for next season. However, Tembo isn't paying too much attention to these rumours, insisting he's focused on the job at hand. The Matsatsantsa mentor wants to see the youngsters he has introduced to top-flight grow and be household names.

"I have been in the game for a very long time and rumours have always been there. What's important for me is to focus on my job. I believe we have done very well, considering the circumstances at the club. We have brought in a lot of young players. The team hasn't really gone out to spend a lot of money in players like before,'' Tembo told Sowetan.

"I am positive that I will continue beyond this season. I have always been positive. I am very excited about the project we have at the club with the young players. I would like to see these youngsters becoming seasoned campaigners. I am excited that I have created pathways for youngsters like Jesse Donn, Keenan Phillips, Luke Fleurs, Kegan Johannes... this gives me joy.''

"We know that they've a few ex-Premiership players in their team like [Diamond] Thopola, [Rhulani] Manzini, [Rendani] Ndou as well as [Luvolwetu] Mpeta.

"So, they have experience and they have done well to be at this stage of the Nedbank Cup. So, we are anticipating a very tough game and we can't afford to undermine them. They also beat Golden Arrows in the last 32,'' Tembo stated.