Good times are back, declares King Pitso as Ahly lift fines after win over Zamalek 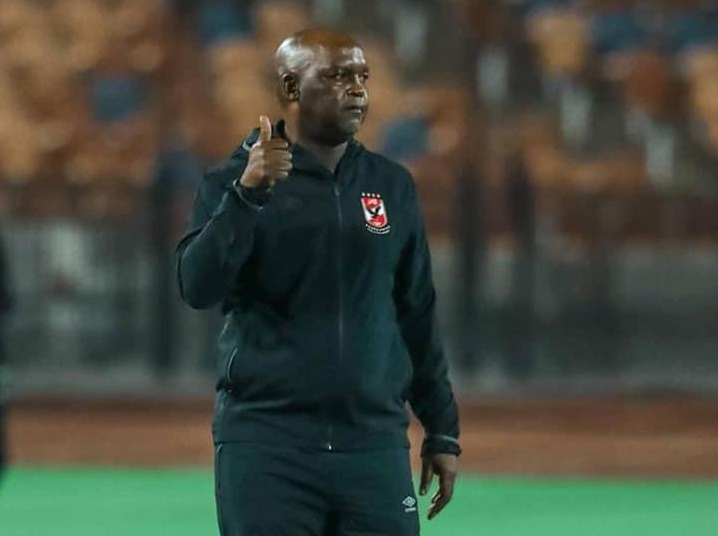 Al Ahly coach Pitso Mosimane has declared that the “good times are back” for his club after they put five goals past Zamalek in Friday night’s 5-3 Egyptian Premier League win in the Cairo derby at Cairo International Stadium.

Ahly were so pleased with the result, the Red Devils putting behind them their league title defeat to Zamalek in August, that Mosimane’s club lifted the hefty fines. Ahly president Mahmoud El-Khatib instead awarded an exceptional bonus to the squad for the win against Zamalek.

Mosimane, who went to an impressive sixth win, with just one defeat, in eight matches against Ahly’s bitter rivals the White Knights, said his team were tactically superior in the eight-goal thriller where Percy Tau played his first Cairo derby, but did not score.

Highlights of Zamalek vs Al Ahly.

“We beat Zamalek at their ground with a big result. We were tactically better and more ambitious than them,” Mosimane was quoted as saying on Kingfut.com after his team inflicted the first defeat in domestic football on Zamalek in 25 matches.

“We produced the same performance we showed against Ismaily [in a 4-0 league win two matches ago where Tau scored a brace]. I am happy with my team, but I was hoping for a bigger scoreline.

“When did Al Ahly beat Zamalek with a bigger score? 19 years ago. Good days have returned. Maybe next time we will score more goals.

“We won third place in the Fifa Club World Cup, we are the African champions, we are Al Ahly. I want to thank the fans who showed us support on the pitch.”

Ahly president El Khatib expressed his delight at the victory, and swiftly cancelled the stiff 300,000 Egyptian pounds (R280,000) fines imposed on each player and coaching staff member after the Reds lost on penalties in the Super Cup.

A statement on Ahly’s official website said: “El Khatib praised the spirit and the determination of the players during the game and thanked them for the great performance they produced tonight.

Mosimane’s Zamalek coaching counterpart Patrice Carteron, who suffered just his third defeat since taking charge of the Knights in March, refused to attend the press conference.