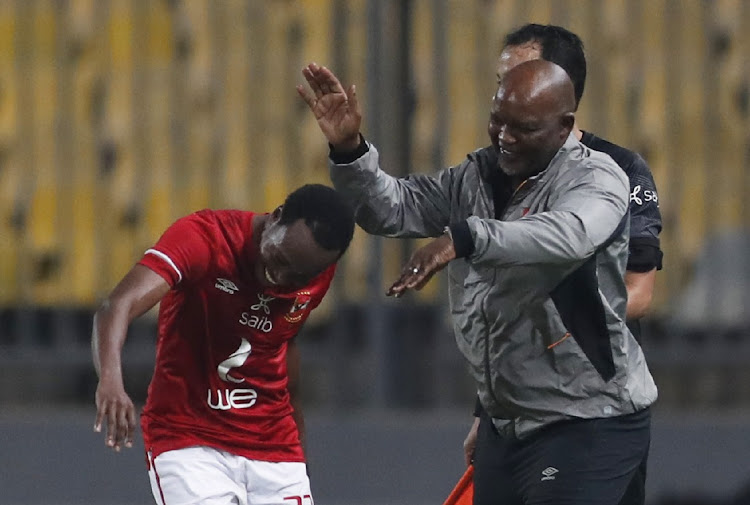 Bafana Bafana attacker Percy Tau got his Al Ahly career off to a flying start when he scored a brace on debut during the impressive Egyptian Premier League 4-0 win over Ismaily on Wednesday.

In what was his first match for the Red Devils since he joined in August from Brighton and Hove Albion in England, Tau opened his account after 23 minutes and registered his second just after the half-hour mark.

Al Ahly coach Pitso Mosimane started the match with Tau in the starting line-up where he was part of a three-pronged attack with Luis Miquissone and Mohamed Magdi Kafsha.

The first goal for Al Ahly was scored by Ali Maaloul with Tau following up with two goals in succession and then Ahmed Abdel Kader Radwan completing the rout in the closing stages to give Mosimane the best possible start.

There was another familiar face in the match with former Orlando Pirates and Cape Town City striker Justin Shonga starting on the attack for Ismaily but he did not find joy in front of goal.

Tau’s return to action is good news for Bafana coach Hugo Broos who included him in the preliminary squad for the back to back 2022 Qatar FIFA World Cup qualifiers against Zimbabwe and Ghana.

Bafana, who are leading Group G with ten points from four qualifying matches, take on the Warriors of Zimbabwe at FNB Stadium on November 11 and travel to the Black Stars of Ghana three days later.

Tau missed out on Bafana selection for last month’s back to back wins over Ethiopia due to match fitness issues but coach Broos has recalled him together with on-form Kaizer Chiefs midfielder Keagan Dolly.