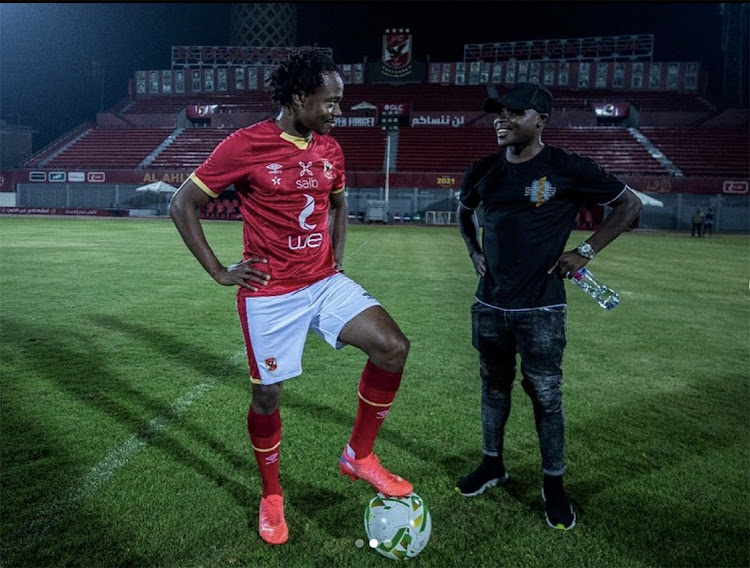 Having to endure a lot of criticism from those describing his move to Al Ahly as a downgrade, Percy Tau insists he has made the right decision to leave Brighton and Hove Albion and join the Egyptian giants.

Tau dominated headlines last week when Ahly confirmed his move from the English Premier League club on a three-year deal to reunite with his former coach Pitso Mosimane.

Though his move has been criticised by football fans in SA, the Bafana Bafana star says there was no point staying on at Brighton without playing.

“In most of the decisions... I consider how I feel. Why do I do that because I know I always have the support of South Africans,” Tau told the media yesterday before Bafana training ahead of the World Cup qualifiers against Zimbabwe on Friday.

“And of course, people will always have opinions. We are a big country and you can’t close that window.

“But people will always have opinions on such moves and I’ve had such moves before. I went from Witbank Spurs to Mamelodi Sundowns academy when I was 17 years old.

“I went back to Spurs again on loan. I went to Brighton and there will still be some uncertainty regarding that move. I went to Union SG on loan. So, it is part of my career to move around and someone thinks if I stay here I was going to be okay.

The 27-year-old also revealed that he turned down offers from clubs he wouldn't name in Europe to reunite with Mosimane as he believes the coach is someone who will get the best out of him again.

“The move made more sense to me than staying in Europe. Of course, there were offers in Europe, but when I considered them and my age and all the other factors that I didn’t disclose to you guys [media], it made more sense for me to move there [Egypt],” Tau said.

Percy Tau has dismissed the views of those who have criticised his decision to leave English Premier League side Brighton & Hove Albion and move to ...
Sport
2 months ago

Cape Town City and Swallows played to an exciting goalless draw in their first leg MTN8 semi-final in Athlone on Sunday but anyone who watched the ...
Sport
2 months ago

Swallows coach Brandon Truter seemed to suggest that the team’s management dropped the ball after he said he was unimpressed with the logistics and ...
Sport
2 months ago
Next Article