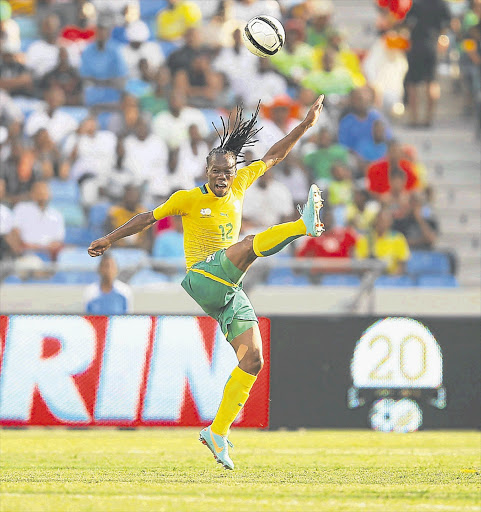 The 39-year-old midfielder joined Chiefs in July 2008 and won two league titles there before leaving them in the 2016-17 season to link up with SuperSport United.

Letsholonyane‚ who announced his retirement on Thursday‚ left SuperSport in 2019-20‚ going on to have a one-year stint with the now-defunct Highlands Park before ending the 2020-21 season on the books of TS Galaxy‚ where he only made 11 league appearances.

He announced his retirement with a classy video displaying the jerseys of his career‚ including the national team.

His biggest highlight with the national team was being part of Carlos Alberto Parreira’s squad that represented the country in the 2010 Fifa World Cup in SA.

The Soweto-born player is among the few in the Premier Soccer League with over 300 league appearances.

One of the most-respected and disciplined players in SA football‚ Letsholonyane started planning for his retirement many years ago‚ starting a few business partnerships with his former teammate and friend at Chiefs‚ and 2010 World Cup star‚ Siphiwe Tshabalala.

He is married to SuperSport football presenter Mpho Letsholonyane and they are blessed with two children.