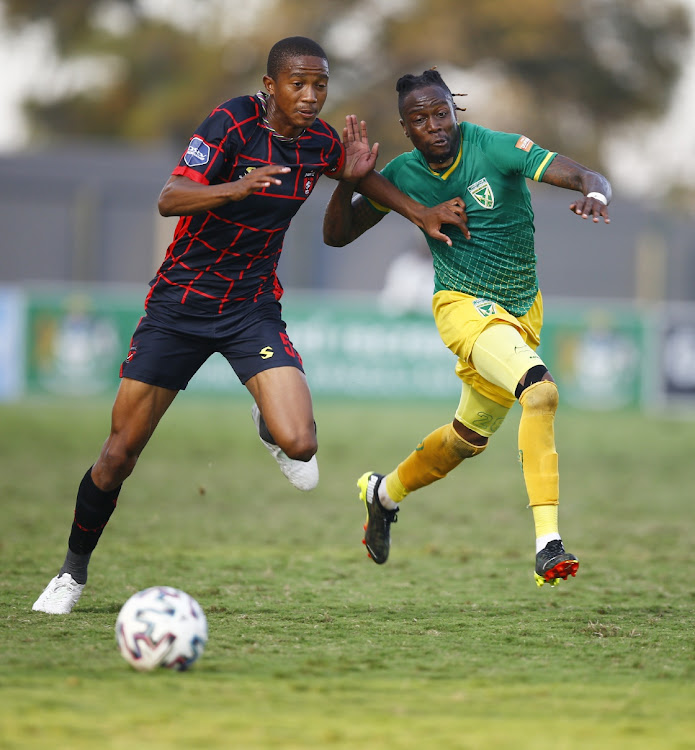 Michael Gumede, Pule Mmodi and Ntsako Makhubela were on target for Arrows. Nduduzo Sibiya was sent off for a second bookable offence in the 89th minute.

The success saw the Durbanites snap their four-game winless run, having drawn two and lost two of their  previous four DStv Premiership outings. More than anything, coach Mandla Ncikazi was happy for their clean sheet, reserving special praise for his goalkeeper Sifiso Mlungwana, who pulled off some impressive saves at the death.

“After having scored three goals, we also never conceded. The matches we lost previously ... we didn’t play badly but we allowed silly goals to hurt us and failed to take our chances. Sifiso is a top goalkeeper. I am also happy that we have broken the losing streak,’’ said Ncikazi yesterday.

“The saves he [Mlungwana] made today are expected from him. He didn’t start playing well today; there are also other matches where he put in match-winning performances. I rate him very highly and I am proud he helped the team today.’’

Arrows’ next match is away to Kaizer Chiefs on June 2, before wrapping up what has been a brilliant campaign with a home fixture against relegation-threatened Stellenbosch three days later. As they intend to finish strongly, Ncikazi likens the two remaining fixtures to cup finals.

“Let’s continue with what we planned at the beginning of the season [targeting their highest finish in the top fligh], try and go as far as we can. There are still two cup finals that we have to play against Chiefs and Stellenbosch. We need maximum points from those two games,’’ said the Arrows coach.

Arrows 'not bothered by Bucs in race for third place'

Parusnath hopes for win over Galaxy
Sport
1 year ago

Motivated Baroka are eyeing a top-eight spot when they meet Tshakhuma Tsha Madzivhandila (TTM) in the DStv Premiership Limpopo derby match at Peter ...
Sport
1 year ago

Tshakhuma Tsha Madzivhandila (TTM) have avoided automatic relegation to the GladAfrica Championship after a hard-fought 0-0 draw with Baroka at the ...
Sport
1 year ago
Next Article