Richards Bay fire Simo Dladla: shock win over Kaizer Chiefs under his guidance a thing of the past 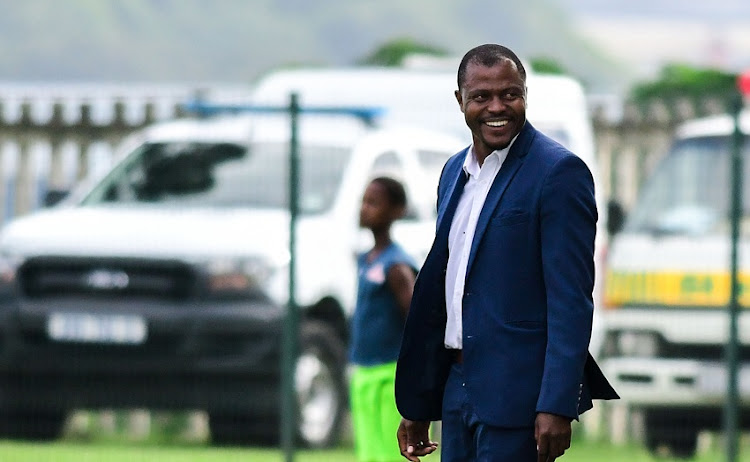 Richards Bay FC have opted to “part ways” with Simo Dladla‚ the head coach who oversaw them dumping Kaizer Chiefs out of the Nedbank Cup‚ and who has steered them to fourth place in the GladAfrica Championship (NFD) with a game remaining.

The northern KwaZulu-Natal club said Dladla was being released with one huge fixture left for the club in the NFD season “due to poor performance”.

This follows Richards Bay having let slip the lead of the First Division over the past two weeks‚ and being in danger of not reaching the playoffs as they host 14th-placed Steenberg United at Richards Bay Stadium on Sunday.

“Richards Bay Football Club have decided to part ways with Head Coach Simo Dladla and his two assistant coaches Siyabonga Mdluli and Thulani Nkosi due to poor performance of the team‚” the club posted on their official Facebook page on Wednesday morning.

“Coach Sbusiso Msomi will take over as an interim coach with Coach Vusimuzi Magagula.”

The KZN team have 46 points from 29 matches‚ just four less than leaders Royal‚ who need a point at Chatsworth Stadium against 11th-placed Cape Town All Stars to be sure of being automatically promoted as champions.

Richards Bay now need a win from their last game against relegation-threatened Steenberg to stand a chance of breaking into second or third place to compete in the promotion-relegation playoffs.

Bay were reportedly poor in midfield and defence spurning a lead to draw 1-1 against 10th-placed Jomo Cosmos at Tsakane Stadium in Brakpan on Sunday.

The KZN side were on top of the log two weeks ago after a thrilling 3-2 win over Pretoria University in Richards Bay‚ but are in danger of not reaching the playoffs after defeats to TS Sporting (1-0) and JDR Stars (2-1)‚ then drawing against Cosmos.

Bay beat Chiefs 2-1 at FNB Stadium in the last-32 of the Nedbank in February. They beat fellow NFD side Sporting 2-1 in the last-16‚ and lost 2-1 to Chippa United in the quarterfinals.