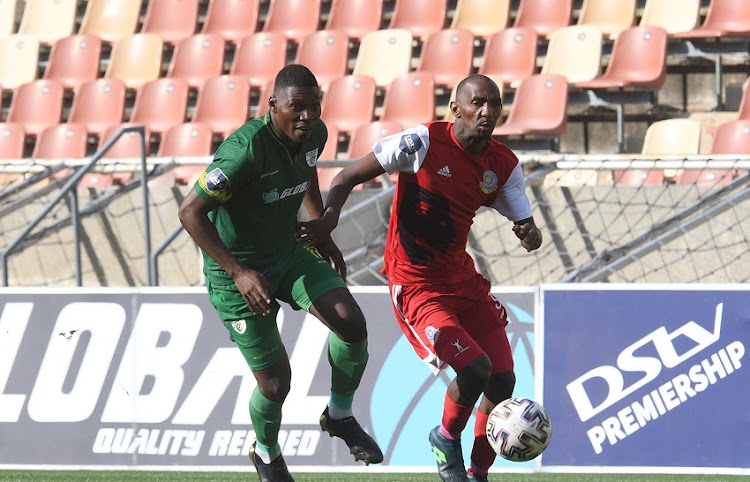 Tshakhuma Tsha Madzivhandila (TTM) have avoided automatic relegation to the GladAfrica Championship after a hard-fought 0-0 draw with Baroka at the Peter Mokaba Stadium in Polokwane on Tuesday.

With the point they earned in this uninspiring match‚ TTM have moved to eleventh spot on the log but they may be overtaken by Bloemfontein Celtic‚ who kicked off in the later match against Chippa United at the Sisa Dukashe Stadium in Mdantsane.

Though they have avoided automatic relegation‚ coach Dylan Kerr and his coaching staff of Mpho Maleka and David Mathebula will be fully aware that they could be dragged into the promotion and relegation play-offs.

They will be forced to save their status in the play-offs if they drop points in their last two matches‚ and fellow strugglers Bloemfontein Celtic‚ Maritzburg United‚ Stellenbosch and Chippa United get positive results.

Baroka have in the process moved one place to eighth spot and remain on course to finish the season in the top half of the table after what has been a fairly consistent campaign.

But Baroka’s stay in the top eight bracket may be short -ived if TS Galaxy get a win or a draw with enough goals against Golden Arrows at the Sugar Ray Xulu Stadium on Wednesday.

In their next match‚ TTM will be against Chippa United in Polokwane where they will be looking to continue climbing up the ladder while Baroka have a difficult outing against Orlando Pirates both on 2 June.

TTM created most of the attacking chances of the opening exchanges and the most notable came after 13 minutes when Thabo Mnyamane was denied by alert Baroka goalkeeper Oscarine Masuluke from close range.

Shortly after they were threatened by Mnayamane‚ Baroka launched a counter attack of their own that ended with Cheslyn Jampies denied by TTM goalkeeper Washington Arubi as they remained goalless.

Two minutes before the break‚ TTM were once again thwarted by Masuluke who moved out of his line to close the angle of advancing Celimpilo Ngema.

In the second half‚ the two teams continued to attack but they had to settle for the share of the spoils. This lives Baroka facing the uncertainty of not knowing whether they will finish the season in the top eight‚ while TTM are still in danger of being sucked into the play-offs.

Baroka coach Matsimela Thoka will also have to thank the inspired Masuluke‚ who proved to be the difference as he denied TTM attackers on numerous occasions from good scoring positions.