But Motaung vows they won't be distracted 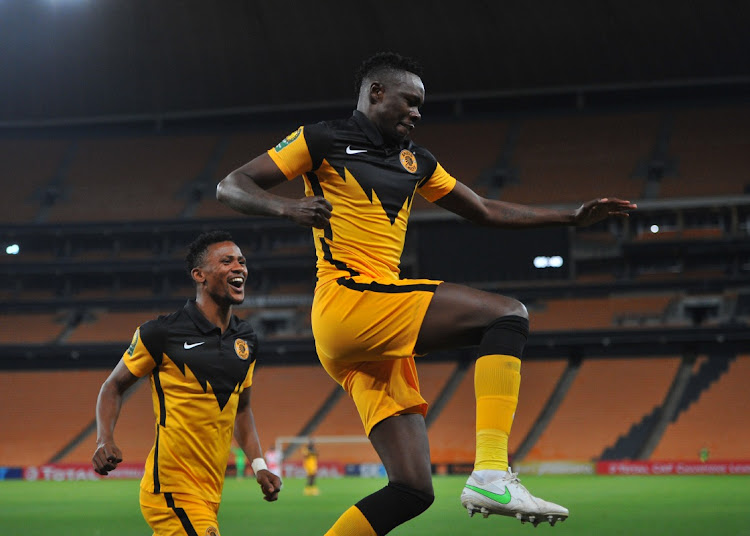 Kaizer Chiefs are wary of the dirty tricks they may encounter in Tanzania ahead of their CAF Champions League second leg clash against Simba this Saturday.

Amakhosi travel to Tanzania today with a huge advantage following their 4-0 win over the East African outfit in the first leg last week.

Some countries have been accused of manipulating the Covid-19 results of visiting teams and Amakhosi fear that they may encounter a similar fate, but they are not taking anything for granted.

Chiefs marketing director Jessica Motaung said she was concerned about the reception they will receive in Dar-es-Salaam. “I am very concerned about the potential shenanigans that we could be facing. However, that will not distract us. What is important is for the team to continue to be focused,” Motaung said at the FNB Stadium yesterday, where Chiefs held an event to honour their player of the month.

Njabulo Blom was named the winner for February and March while Nkosingiphile Ngcobo scooped the best player for December and January. Both were rewarded with brand-new Toyota Corollas to drive for the next few months.

But pre-occupying Chiefs right now is Saturday's return leg at the Benjanim Mkapa Stadium (3pm), amid suggestions that some of Simba's opponents in the competition this season saw some of their players mysteriously return positive Covid-19 tests upon arrival, whereas they had known the travelling party to be all negative.

“The foundation has been laid and we had a very good game last week. We are not going to allow ourselves to be distracted by what could potentially happen,” added Motaung.

“People play tricks and some teams have different agendas. For us, we must ensure that there is fair play and that our guys are allowed to do the work,” she said.

CAF confirmed that the game will be played in front of 10,000 supporters. Chiefs have one foot in the semi-finals, thanks to a brace from Samir Nurkovic and two other goals from Leonardo Castro and Mulomowandau Mathoho in the first leg.

Kaizer Chiefs coach Gavin Hunt believes the slower‚ more methodical football in the Caf Champions League suits the players he has in his squad better ...
Sport
6 months ago

Why Chiefs coach Gavin Hunt found himself giggling at FNB Stadium: 'So that’s why I laughed'

Gavin Hunt was laughing at a match situation where he felt if there was a turnover it would lead to a goal‚ and it did‚ the coach explained after ...
Sport
6 months ago
Next Article