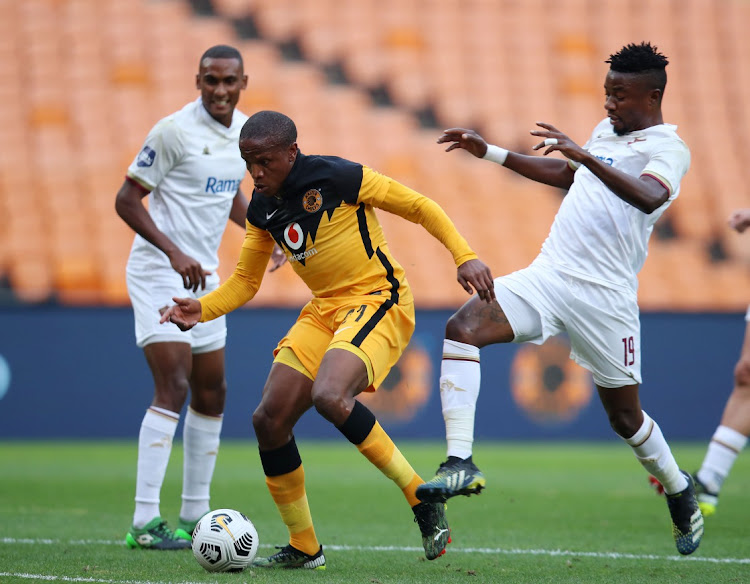 Kaizer Chiefs nearly paid a hefty price for not taking their chances as they were forced to come from behind twice to manage a 2-2 stalemate against Stellenbosch at FNB Stadium yesterday.

After being sent off late in the first half of their penultimate CAF Champions League pool stages match at home to Wydad Casablanca last Saturday, Daniel Akpeyi started ahead of Itumeleng Khune, who’d taken his slot after being red-carded in the Wydad victory.  Conversely there were no unexpected changes in the Stellies XI.

Mamelodi Sundowns matched Kaizer Chiefs record to have the longest ever start to a Premier Soccer League (PSL) without a defeat after they came from ...
Sport
1 week ago

The hosts took the game to the Capetonians in the early stages of the encounter, thanks to some brilliant link between the midfield and the attack. Midfielders Bernard Parker and Ngcobo combined exceptionally with attackers in Samir Nurkovic and Lebogang Manyama.

Even so, Amakhosi still failed to score in the first half. Lack of composure and poor decision-making in the final third were the main reason their dominance didn’t produce a goal. Happy Mashiane was Chiefs’ weakest link amid their supremacy, misplacing passes.

Stellenbosch only threatened against the run of play, where Stanley Dimgba and Mendieta used their agility to occasionally put the hosts’ rearguard under pressure.

It wasn’t Mashiane’s night as the 23-year-old highly rated fledging star squandered a couple of glorious chances in the second stanza. Stellenbosch goalkeeper Sage Stephens must also be credited for saving both Mashiane’s one-one-one efforts.

While they enjoyed more possession in the second half than in the first, Stellenbosch still look content to sit deep and wait for counter attacks and set-plays. However, the Cape side grew in the game and stepped up a gear midway through.