'I want to leave a mark at the Romans' 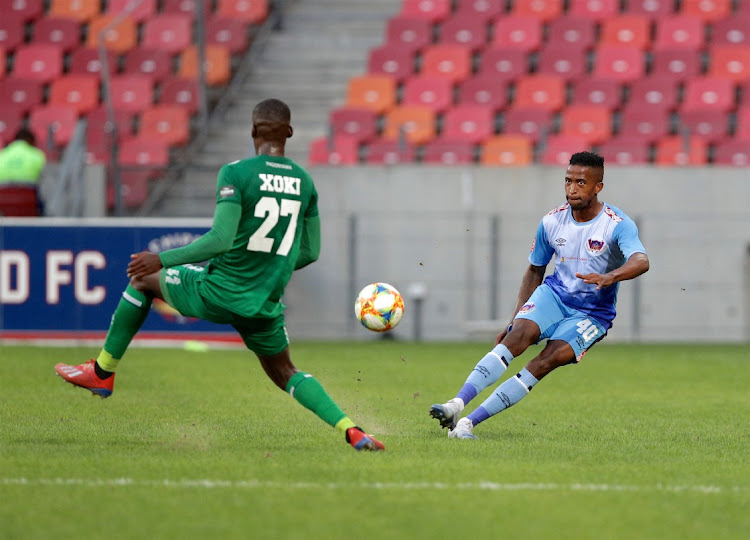 Nearly-forgotten winger William Twala has laid bare his ambitions to propel Pretoria Callies to the Premiership before returning abroad at the end of the season.

Twala, who joined Callies last week as a free agent after leaving Iraqi Premier League side Erbil SC a few months ago, has revealed he’s secured another overseas move for next season. The 31-year-old well-travelled winger joined the Romans for the remainder of the season, aiming to help the club gain promotion.

“I have commitment overseas for next season. I have signed a pre-contract with a team overseas, I can’t tell you whether the team is in Europe or not, but overseas. I joined Callies because I couldn’t sit at home and do nothing,’’ Twala told Sowetan yesterday.

“I wanted an ambitious team and Callies offered me just that. I am here for the remainder of the season, but I want to leave a mark. My intention is to help the team win promotion. It’d be wonderful to take the team to the big league before returning overseas.’’

In Iraq, Twala couldn’t knuckle down, playing less than 10 games during his brief spell. The former Orlando Pirates and Kaizer Chiefs attacker has detailed why he couldn’t thrive abroad.

“I played most part of the season’s first round. But football there is different from what we’re used to as South Africans. Considering that it was my first time plying my trade outside SA, I found challenges when I tried to settle in. The style of play there is more about aerial balls and I am not suited for that,’’ Twala explained.

Twala is expected to make his Callies debut when they host Uthongathi at Lucas Moripe Stadium today (3.30pm). The Romans, who were only promoted to the GladAfrica Championship this term, are 11th on the log with 23 points, nine behind leaders Richards Bay.

“We’re playing at home against Uthongathi, so it’s a must-win for us. I hope I will make my debut for the club. I can’t wait to be on the field and give my best," Twala noted.

Fixtures (all at 3pm unless stated)

Mamelodi Sundowns are believed to have struck a deal with Golden Arrows to buy instrumental trio in Nkosinathi Sibisi, Divine Lunga and Ntsako ...
Sport
1 year ago

Richard Mbulu’s diving header handed Malawi a 1-0 victory over Uganda on Monday and a place at the Africa Cup of Nations finals for only the third ...
Sport
1 year ago
Next Article