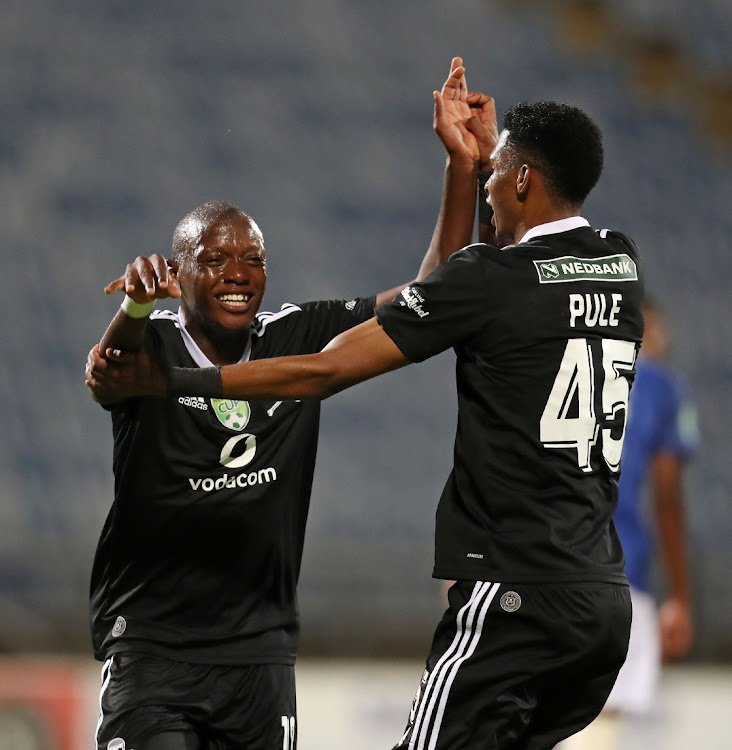 Orlando Pirates have scored a measly 15 goals in 18 league games this season while racking up an impressive 14 goals across nine cup competition games.

This suggests the Buccaneers are firing on all cylinders only in cup games, struggling to score in the league. Pirates proved this by dispatching Maritzburg United 3-1 in the Nedbank Cup last 16 at Harry Gwala Stadium at the weekend.

Maritzburg had scored first via Bucs reject Thabiso Kutumela early in the game before goals from Kabelo Dlamini, Deon Hotto and Vincent Pule in the second stanza propelled the Sea Robbers to victory.

Pirates mentor Josef Zinnbauer admitted it is about time they transferred their impressive scoring run in cup games to the DStv Premiership. Pirates scored eight goals en route to lifting the MTN8 and in the CAF Confed Cup they boast five strikes. In the Ke Yona, they have amassed four, making it a combined 14 goals in cup games.

“We need goals in the league because we do well in the CAF games and in the Nedbank Cup [in terms of scoring many goals]. It is time we take our cup form to the league,” said the Pirates coach.

Orlando Pirates put together a tour de force second-half performance fighting back from a goal down and blowing Maritzburg United off the Harry Gwala ...
Sport
8 months ago

“I don’t know what the difference is but as a coach you always want top performance in every game. Maybe it is because the cup games are a once-off thing and there’s pressure to win such games.”

Zinnbauer reserved special praise for Dlamini, who was introduced in the place of Ben Motshwari at half time. The Bucs coach feels Dlamini was the catalyst for the win as he managed to unlock the Maritzburg defence.

“We dominated. We created opportunities to score. For me it’s good [that] Dlamini scored and he had a good game. He came in and was the solution against a low block [Maritzburg’s deep defending],” said Zinnbauer.

“His short passes in small spaces allowed us to play without making turnovers. We deserve this win 100%, and I am happy we’ve gone through to the next round.”

The German added that team talk at half time also yielded fruit. “At half time, we gave players a wake-up call in the dressing room. I think the players understood what they had to do and they did what we wanted.’’