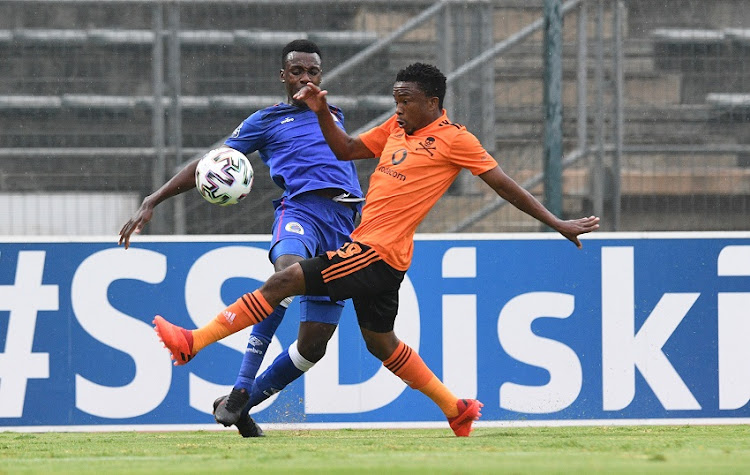 Orlando Pirates were the better combination over the 90 minutes, but had to settle for a 1-1 DStv Premiership draw toughed out against SuperSport United at Lucas Moripe Stadium on Wednesday night.

Both teams scored in the halves where they were dominant in a watchably fluent game between two well-drilled combinations.

Pirates were the stronger team in the opening 45 minutes, Vincent Pule striking Bucs into the 10th-minute lead. United discovered their legs in attack just before the hour, piling on pressure that resulted in Ben Motshwari's 66th-minute own goal, assisting Ghampani Lungu's strike into his own net.

Overall, Pirates enjoyed the longer periods of ascendancy and balance of chances. SuperSport played at their best for a 20-minute period in the middle of the second half, and were able to make that count.

United coach Kaitano Tembo, after his team were fortunate to come away with an unconvincing 1-1 draw against Kaizer Chiefs at FNB Stadium on Wednesday, shook things up with four changes, and a switch from a 4-3-3 to a 4-4-2 system.

Pirates’ returning artillery had greater structure and purposefulness in the opening half as SuperSport retained their waywardness in shape and defending they had displayed against Chiefs.

Bucs took the lead with a goal started and ended by Pule, who lost the ball then won it again on the halfway line, then fed Fortune Makaringe inside. The midfielder chipped up-field to Deon Hotto on the left, who held the ball then teed up Pule, who turned between two defenders and produced a low finish, mildly deflected past Ronwen Williams.

SuperSport were perhaps unfortunate when Kekana’s cross was into the arm of Happy Jele, referee Victor Gomes turning down the penalty appeal.

Before the half-hour Thembinkosi Lorch limped off with what seemed a groin injury to be replaced by teen Azola Tshobeni.

Pirates continued to boss proceedings coming back from the break, as early Hotto controlled a cross and teed up Pule to blast high, then Motshwari and Makaringe struck shots from range at Williams.

Motshwari lost the ball in midfield to allow SuperSport a more promising attack, Bradley Grobler advancing down the middle and laying off for substitute Guily Manziba on the right, Thulani Hlatshwayo crucially blocking.

The movement and pressure of the team in blue paid dividends when Manziba’s cross fell to Lungu free on the left, whose low strike was skewed into his own goal by the leg of Motshwari.

Bucs, though, had their chances for a winner in the final 20 minutes.