We can't allow them to take six points from us – Lungu 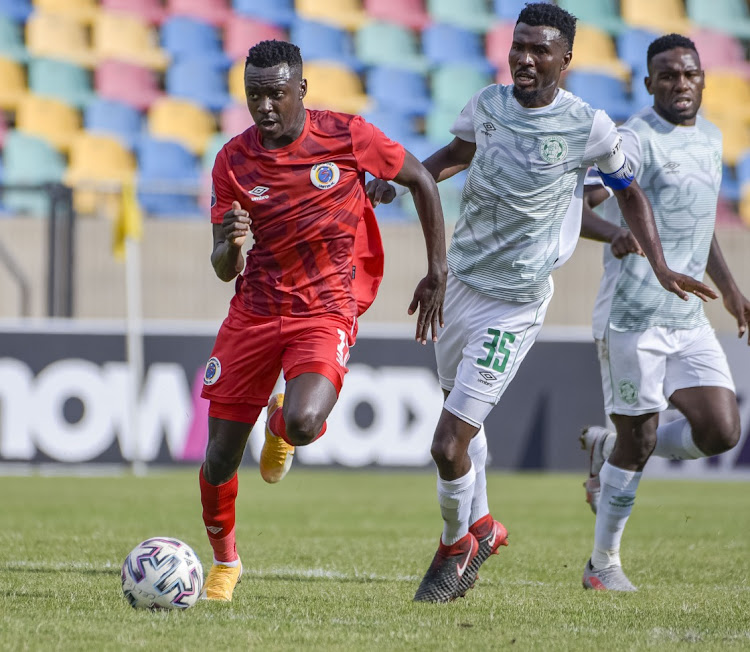 SuperSport United have not forgotten how Orlando Pirates broke their hearts in their last DStv Premiership meeting in November.

The Tshwane giants scored an early goal through Teboho Mokoena, but Bucs stole the three points at the death through Tshegofatso Mabasa's dramatic winner.

SuperSport right-winger Gamphani Lungu said it took the whole week for the players to recover from the disappointment of losing the game in such a heartbreaking manner. Lungu said they would not allow Bucs to complete the league double over them.

The 22-year-old Zambian footballer said revenge will be the order of the day going into their midweek clash. "We are going all out to get the win. The loss at Orlando Stadium hurt us badly. We were sour the whole week. We did not deserve to lose that game as we played our hearts out. We want revenge and cannot allow them to collect six points against us," warned Lungu.

But the big issue with Matsatsantsa a Pitori this season is their lack of consistency. "Consistency is the issue with us, we are not losing games, but drawing a lot of them. We drew five games and that is proving costly as Mamelodi Sundowns are consistent and keep on collecting points. Draws are not enough and if we draw or lose that leaves Sundowns with two games in hand. Playing catch-up is going to be difficult," Lungu told Sowetan yesterday.

After their game against Pirates, Sundowns will have two games in hand. That is why Lungu is saying that losing would leave them with a mountain to climb if they are to catch up with Downs at the top of the log.

"You do not want to be in a situation where you are behind with points and ahead with games. That will be nearly impossible to catch Sundowns," he said.

Matsatsanta drew 1-1 against Kaizer Chiefs last week and Lungu had a bad game. "I did not play well and made a couple of errors. I hope to have a better game against Pirates," he added.

Coach Kaitano Tembo is pleased with the way SuperSport United have improved this season, although he feels they missed their target of 36 points ...
Sport
10 months ago

SuperSport United's place on the Premiership standings at the halfway mark may be something to celebrate but coach Kaitano Tembo says the three-time ...
Sport
10 months ago
Next Article