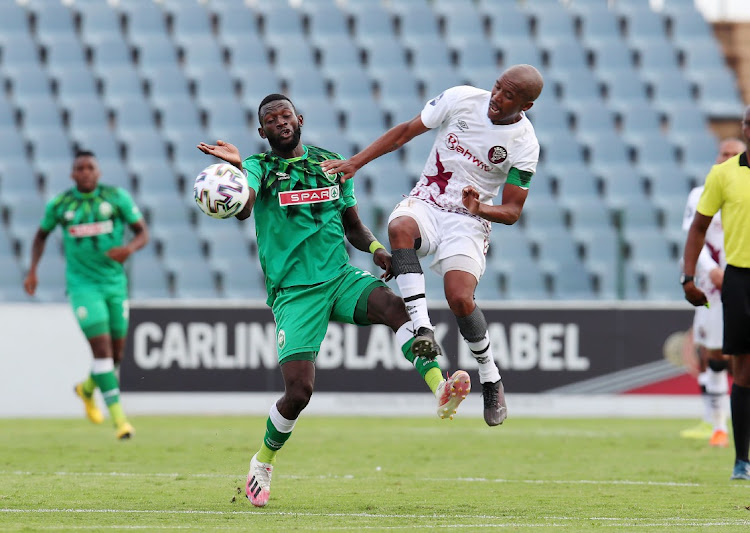 AmaZulu's attacking midfielder Siphelele Magubane has every reason to believe Usuthu are capable of causing another upset and defeat Kaizer Chiefs in a DStv Premiership tie at the FNB Stadium on Wednesday.

A win for Usuthu will be a repeat of the feat they managed to pull off against Amakhosi at the same venue in March last season. Bongi Ntuli scored a solitary goal in what was the Durban club’s third win against Chiefs in the PSL era and first since 2007.

AmaZulu are fired up for Wednesday’s game as they want to make amends for what happened in the first round in Durban in January when Usuthu lost 1-0 to Chiefs‚ their only loss under Benni McCarthy in nine league matches.

Magubane‚ who joined AmaZulu from neighbours Lamontville Golden Arrows at the start of the 2020-21 season‚ said they also want to ensure they go back to Durban with four points after they played to a 0-0 draw against Swallows FC in Dobsonville on Sunday.

“We’re taking a lot of positives from Sunday’s game so we’ve been working hard to rectify the mistakes that we had on Sunday.

“We’re looking forward to win this game and we’re positive.”

AmaZulu are on a six-match unbeaten run and are facing a Chiefs side low on form and morale after they lost to First Division side Richards Bay United in the Nedbank Cup.

“We’ve been in this journey before and we know what it takes.

“We also have full support from our families and staff members that are left back home‚” said the 27-year-old Magubane who has one goal in nine league matches he’s played for Usuthu.

“We’re preparing very well for Wednesday’s game and I think the mood in the camp is very good and the camaraderie the brotherhood is good.

“We would have liked to have six points going back home‚ but we’re looking forward to take the maximum points on Wednesday so we can go home with four points.

“We would love that and we’ll be happy and I think everybody at home will be happy to accept the four points that we would have collected on the road.”

A win will take AmaZulu to the sixth spot with 25 points after 17 outings‚ but Chiefs also have everything to fight for as three points will move them from ninth to eight spot and one point behind Usuthu after 16 matches.