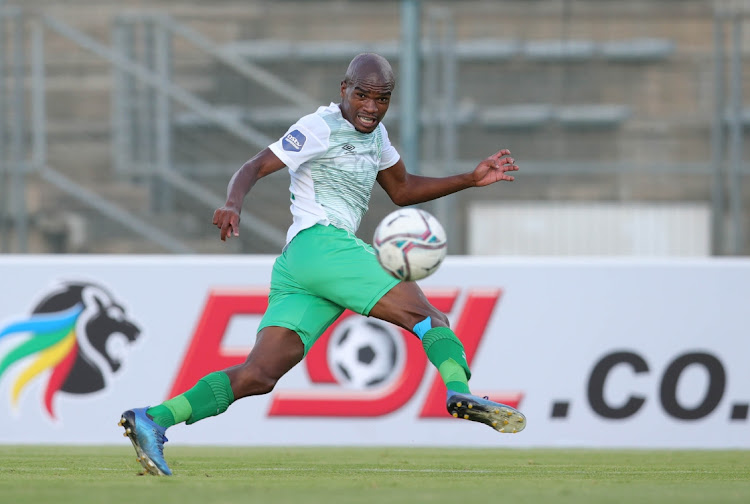 When Bloemfontein Celtic offered offensive midfielder Siphelele Luthuli a contract, on the back of successful impressing on trial, the 26-year-old was starting to despair about tasting Premiership football ever again.

Luthuli made his Premiership debut as a 20-year-old under the mentorship of Sammy Troughton at University of Pretoria in May 2015. Luthuli would soon be lost in the elite league following AmaTuks’ relegation in his debut campaign.

The former Amajita star’s splendid form in the second-tier for AmaTuks, Highlands Park and Ubuntu Cape Town didn’t reward him with a dream move back to the big league. It was a last resort, trials at Celtic, that eventually saw his dream of playing top fight football come to fruition, when he was starting to lose hope.

“As you know I made my top flight debut at AmaTuks in 2015 and after that we were relegated. I got lost in the system. I had good seasons in the first division [the second tier] but not even a single Premiership team noticed that…my dream was always to return to the Premiership,’’ Luthuli told Sowetan.

“When seasons went by in the second-tier I started to despair, telling myself I will play in the NFD until I retire. It wasn’t easy…I heard there were open trials at Celtic and I went there. I scored a lot of goals and racked up a few assists, that’s how they selected me. It’s still the proudest moment of my life.’’

After a four-year absence from the top division, the lad from Cato Manor in Durban, demonstrated his quality by netting six goals and notching-up two assists, from 26 league games, to help Celtic to finish eighth last season.

The highly rated Luthuli hasn’t had a good start to the current season, with just one league assists from 14 outings. Even so, the former AmaTuks man won’t give up on his dream of winning the Midfielder of the Season accolades come the end of the term.

“I want to win the Midfielder of the Season [award]… that has been my dream from the start of the season. I know I must do more and I have challenged myself to work harder going forward,’’ Luthuli asserted.

Chippa United coach Dan "Dance" Malesela expected more than his team delivered in their 1-1 draw with Bloemfontein Celtic in a league match played at ...
Sport
1 year ago

Bloemfontein Celtic's 2-1 victory over SuperSport United in the DStv Premiership match on Tuesday has eased pressure on coach John Maduka for now.
Sport
1 year ago
Next Article