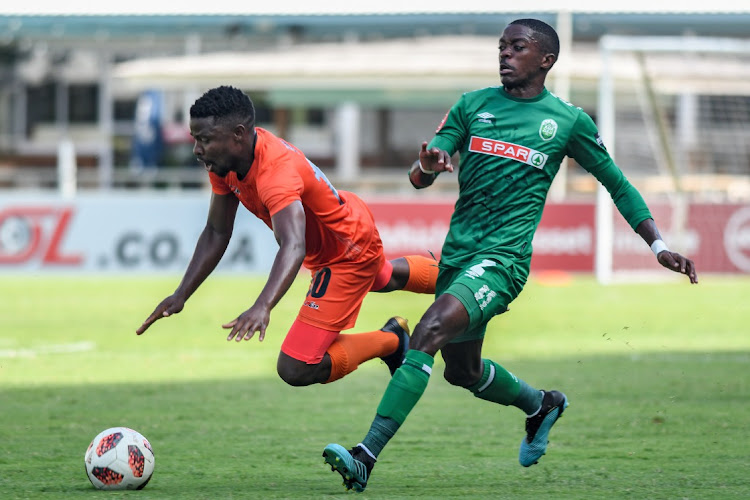 The next two games for Kaizer Chiefs against in-form AmaZulu and SuperSport United could plunge their season into further uncertainty.

Amakhosi, who are still reeling from their Nedbank Cup flop, host tricky AmaZulu at FNB Stadium this afternoon (3pm) before they welcome title hopefuls SuperSport at the same venue on Saturday.

Gavin Hunt’s charges will be desperate for a response, following their early cup exit at the hands of minnows Richards Bay in the first round.

But they are up against an AmaZulu side who are high in confidence following their run of form. Before their goalless draw against Swallows on Sunday, Usuthu had recorded three successive victories. They are planning to avenge their 0-1 defeat they suffered against the Amakhosi in the first round last month.

“We would have loved to have six points before going home, but we are looking forward to taking the maximum points against Chiefs so we can go home with four points,” Magubane told Usuthu's media department. “We would be happy about that if we can get four points on the road.”

Meanwhile, Chiefs have given an update concerning their postponed CAF Champions League match against Waydad Casablanca, which is now scheduled to take place tomorrow at Al-Salam Stadium in Cairo.

Chiefs revealed that they have since responded to the letter from CAF, citing some difficulties in honouring the fixture tomorrow in Egypt.

“The two main reasons are visa challenges and travel logistics. Given the three days’ notice to play the match, the club will still face similar challenges from the Egyptian embassy because it takes a minimum of seven working days to get approval for visas that will enable us to travel to Egypt,” read a statement.

“Securing flights at this late hour will also pose a challenge given that some airlines are not operational due to Covid-19 restrictions.”

Chiefs added they have asked CAF to at least move the fixture to a suitable date which will enable them to also play against Horoya AC on Tuesday.

If CAF insists that Chiefs play this Friday, it could herald their chaos in their programme as it means they would have to postpone their match against Horoya on Tuesday at home as they would have just returned from Egypt.

Kaizer Chiefs have written to the Confederation of African Football (Caf) expressing their concern at meeting a rescheduled Caf Champions League ...
Sport
1 year ago

Memories of Kaizer Chiefs' embarrassing defeat to lower tier side Richards Bay in the Nedbank Cup a little over a week ago are still very fresh in ...
Sport
1 year ago
Next Article