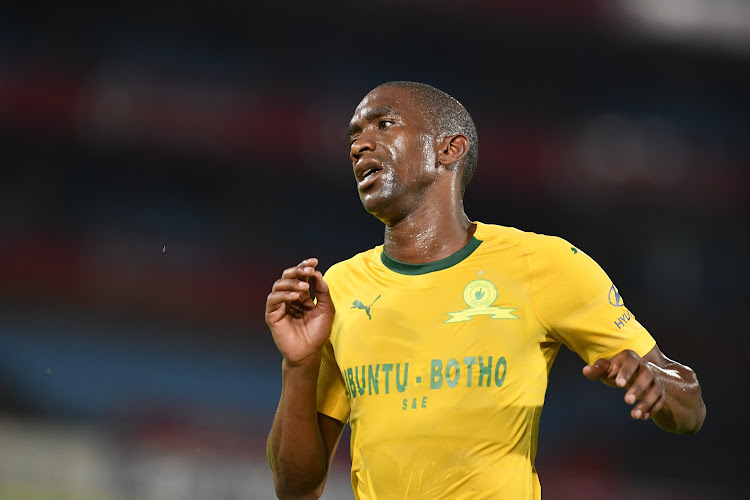 Premiership champions Mamelodi Sundowns were not found guilty for bringing the league into disrepute with their moving tribute to Anele Ngcongca.

In their 3-0 victory over Stellenbosch in November, the game was stopped during the 16th minute for a round of applause in honour of the late defender. The players from both teams clapped for the departed defender in an emotional scene.

Ngconga, who had just agreed terms for a loan move to AmaZulu, died in a car accident in KwaZulu-Natal in November last year. The former Bafana Bafana defender wore jersey No16 at Sundowns, hence the choice of 16 minutes for his honour at the game against Stellies.

PSL prosecutor Nande Becker told Sowetan yesterday that the referee on the day of the game was the one at fault and not the two teams.

"The referee was at fault, having failed to signal the restart of the match after an alleged injury to a Sundowns player. That is the outcome of the ruling," said Becker.

The Tshwane giants players wore shirts with Ngcongca's face during their warm-up in honour of their former teammate.

Stellies, the away team on the day, assisted Sundowns to give a special tribute to the fallen star. However, the league's DC also called them to answer to the charges of the unauthorised delay to the game. At the end both teams were relieved to avoid the guilty verdict.

Sundowns face Baroka in their next league fixture at Loftus Versfeld today, while Stellenbosch travel Tshakhuma Tsha Madzivhandila on Sunday.

Mamelodi Sundowns and Stellenbosch escaped punishment on Monday after they were found not guilty by the Premier Soccer League's (PSL) Disciplinary ...
Sport
1 year ago

Sundowns push on without the 12th man