Keeper's main aim is to win the league

Only overseas move can force Williams to leave SuperSport 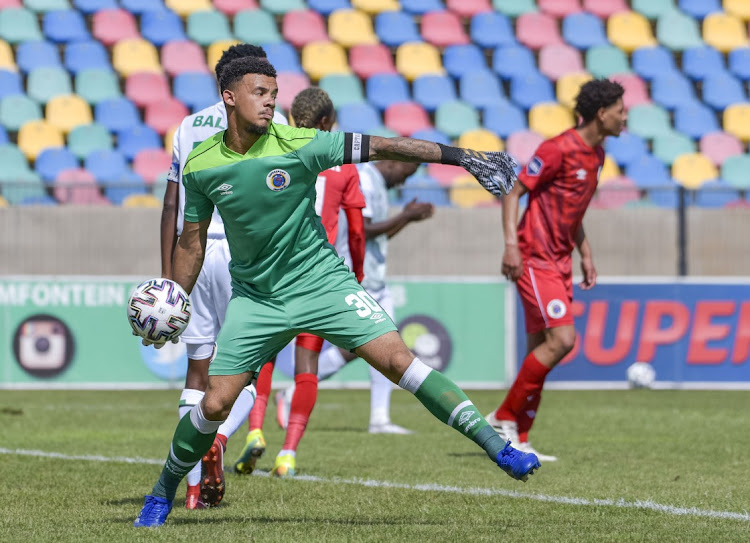 Ronwen Williams cannot imagine himself wearing another football jersey in the Premier Soccer league except the SuperSport United one unless the club gives him those blessings.

After playing 100 consecutive games for Matsatsantsa a Pitori, Williams said he aims to see himself playing overseas if the opportunity comes.

The 29-year-old has been with the club for two decades, after starting as an academy player. He has clocked over 300 professional caps. But he says he remains committed to Matsatsantsa, with his contract set to expire in 2024.

“I would like to play overseas. That's my main thought this time, but you will never know what might happen in this game,” Williams told Sowetan yesterday.

“I can’t see myself at this moment playing for any team locally, not unless the club gives me their blessings and they want me to go, that’s the only way I would leave.”

Williams added that playing 100 consecutive games for SuperSport is the result of the sacrifices he made to be where he is today. “I’ve got almost 350 caps. I never thought about that. I just wanted to play. I wanted to win things, that's where my main objective came from when I was at the academy,” he said.

“Football is all I know, and I have made a lot of sacrifices. I left home when I was 12 years old, and told myself that I needed to take my career seriously. I’m here today because I took my career seriously, and I look after my body ... doing proper strengthening. That's the main thing.”

The Bafana Bafana goalie has won almost every trophy on offer in the domestic competitions, but there is one title missing in his collection, and that’s the league title.

His desire now is to lift the DStv Premiership title with SuperSport. They are second on the log standings with 31 points, two behind leaders Mamelodi Sundowns, having played one game more.

“I have not won the league title. I have won all the domestic cups, and that’s my main objective, and my main aim is to win the league. It is not going to be easy, but it is a dream that I have.

“We know it is not going to be easy. The title is for Sundowns to lose. I mean they are the powerhouses of SA football. If they are going to drop points or go through a bad patch, we need to take advantage of that.”

Williams' century proof of his dedication

SuperSport United coach Kaitano Tembo has paid tribute to goalkeeper Ronwen Williams after he played his 100th consecutive match for the club in a ...
Sport
1 year ago
Next Article