Lepasa and Mabasa both struggling with ankle problems

Bucs could be without striking duo for trip to Angola 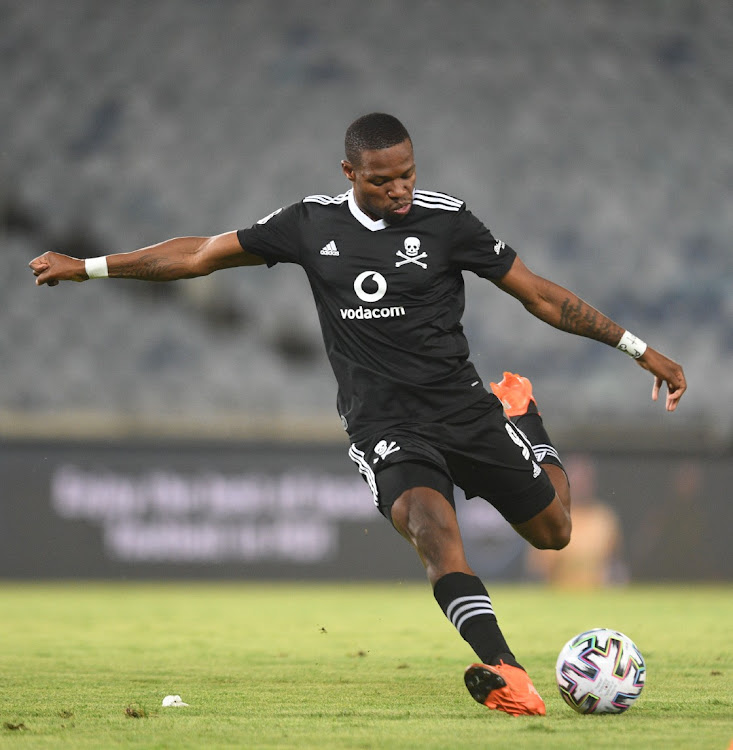 Orlando Pirates could be forced to soldier on without two of their main strikers, Zakhele Lepasa and Tshegofatso Mabasa, when they face Sagrada Esperanca of Angola away in the CAF Confederation Cup first round on Tuesday (4pm SA time).

The duo sustained injuries that saw them being substituted in Wednesday's match against Chippa United at Orlando Stadium, which Pirates won courtesy of a late Fortune Makaringe strike.

“They both have problems with ankles. We have to see what happens. Mabasa, we hope it’s not the same ankle that gave him problems before,’’ coach Josef Zinnbauer said.

Against Chippa, Pirates deployed an unfamiliar back four as a result of the absence of skipper Thulani Hlatshwayo in central defence and Wayde Jooste at right-back.

The captain of the day, Ntsikelelo Nyauza, who usually partners Hlatshwayo in the heart of defence, was played alongside Innocent Maela, whose left-back spot was taken by Paseka Mako. Right-back prodigy Thabiso Monyane slotted into Jooste’s position.

“Tyson has problems on the chest. He collided with the keeper Richard Ofori [in the MTN8 final win over Bloemfontein Celtic]. Wayde, we had to save him a little bit. It was too risky for him to play ... he’s a bit tired,’’ said the Bucs coach.

Zinnbauer also said that Happy Jele was “sick”, hence he’s not been part of the team of late. The German revealed that the seasoned skipper was recovering from a “normal flu”.

The Pirates coach is upbeat ahead of their trip to Angola for the first leg against Sagrada, having done their homework on the Confed Cup rivals.

“We have information about the club, about the team. We have enough information ... [we know] what we can do against this club. It’s not an easy game for us [because] it’s an away game,’’ Zinnbauer told the media after Wednesday evening's win.

Tottenham Hotspur manager Jose Mourinho took aim at Juergen Klopp after his team's 2-1 defeat to the German's Liverpool side at Anfield on Wednesday ...
Sport
4 months ago

After years of negotiations - Kaizer Chiefs has finally bought the land on which the club held its very first training session in Phefeni, Soweto.
News
4 months ago

South African Football Association (Safa) president Danny Jordaan does not believe that fans will return to local football stadiums any time soon due ...
Sport
4 months ago
Next Article