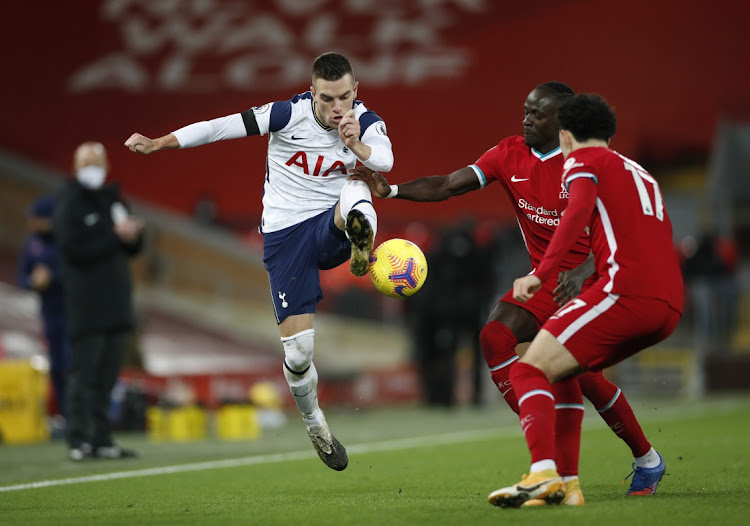 Liverpool - Tottenham Hotspur manager Jose Mourinho took aim at Juergen Klopp after his team's 2-1 defeat to the German's Liverpool side at Anfield on Wednesday and even found time to refuel his old feud with Pep Guardiola.

A 90th-minute header from Roberto Firmino earned Liverpool a victory which sent them three points clear of Spurs at the top of the Premier League.

It was hard to take for Mourinho whose team were not only moments away from a hard-earned draw but could have won the game with Steven Bergwijn hitting the post and Harry Kane missing a great chance.

Asked about what appeared to be a testy exchange with Klopp after the final whistle, Mourinho told Amazon Prime: "I told him the best team lost. He disagreed. That's his opinion. By the way, if I behaved the way on the touchline like he does, I have no chance to stay there - and I'm out after a minute."

Asked whether he was referring to the "animated" way Klopp reacted through the game on the touchline, Mourinho replied: "That's animated? That's animated? Or do you want me to take the screen (from) the fourth official's hands?"

The latter comment was almost certainly a reference to Manchester City manager Guardiola's response to the added time shown at the end of his team's draw with West Bromwich Albion on Tuesday when he grabbed hold of the fourth official's board.

Asked if he thought Klopp's behaviour had gone over the limit, Mourinho said there appeared to be double standards.

"For some reason I am different. And that's that," he said.

"Everything is fine between us," he told the BBC in a separate interview.

"The referees let him behave the way he does. It's not my problem. I feel sad for it because I can not do it but it's just the way it is."

Klopp appeared nonplussed when asked about his conversation with Mourinho at fulltime.

"It was not heated at all," he told the BBC. "He wasn't happy because he told me the better team lost - and I thought he was joking! But he wasn't. So that's it."

Marcus Rashford's mother Melanie Maynard has said the Manchester United forward's motivation to ensure poor children do not go hungry came from his ...
Sport
4 months ago

Things are going from bad to worse for Kaizer Chiefs as coach Gavin Hunt goes back to the drawing board to map the way forward for his ...
Sport
4 months ago

TS Galaxy coach Dan Malesela admits that he is under pressure following five matches without registering a victory.
Sport
4 months ago
Next Article