Coach hoping his side is fully switched in for Swallows match 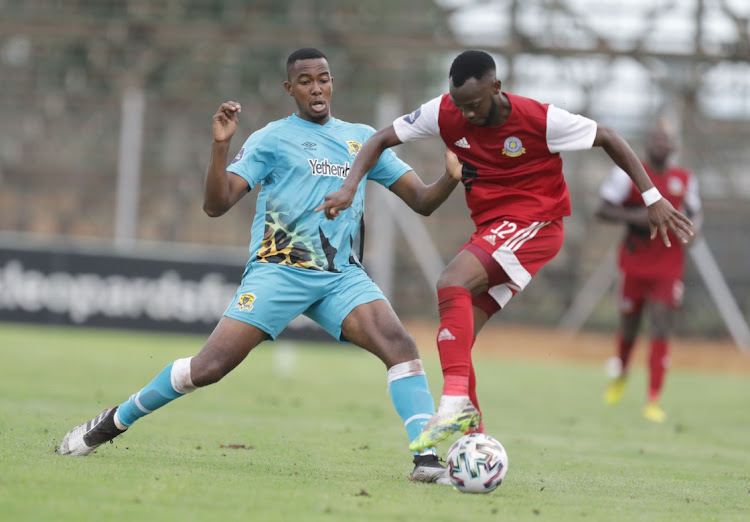 Black Leopards' lapses in concentration are becoming a cause for concern for their coach Dylan Kerr. The Limpopo giants allowed both Kaizer Chiefs and Tshakhuma Tsha Madzivhandila to come from behind and force a share of the spoils against them in recent matches.

Kerr is frustrated and hopes that they will not find themselves in the same position in their next DStv Premiership game against Swallows at the Thohoyandou Stadium on Sunday (3.30pm).

In their latest setback against Tshakhuma on Wednesday, Roderick Kabwe opened the scoring from a spot-kick but Rhulani Manzini's fantastic free-kick with 20 minutes remaining forced a share of the spoils. “It is frustrating. It was the same thing that we got to experience against Chiefs. We dominated the first half against Chiefs and did the same against TTM.

"We lost concentration in the second half and conceded vital goals to drop points. We gave the ball away cheaply and paid for it. I told them before the game that the only way that they would score was through a set-piece. But we gave them a free-kick in a dangerous position. We are allowing the opponents back into the game when we should be closing them out,” said a disappointed Kerr.

He admitted that it is hurting the team and promised that he would work on it. But he hopes that it will not happen against the high-flying Birds.

“I am looking forward to the Swallows game on Sunday and pray that the rain will stop. I hope it won't rain goals against us. This thing is hurting my team and we have to improve.”

Kerr was not part of their preseason training and said that he is still trying to figure out which player is suitable for which position. “We could have worked on some of the things if I was here from the beginning but we will work on them,” he added.

Safa president Danny Jordaan says the picture of footballers losing their lives in car accidents is depressing and urgent measures must be put in ...
Sport
11 months ago

Manzini on a mission to net 20 goals this season

For three successive seasons now, the 20-goal mark has been eluding the second-tier strikers.
Sport
11 months ago

South African Football Association (Safa) president Danny Jordaan does not believe that fans will return to local football stadiums any time soon due ...
Sport
11 months ago

Life on the Kaizer Chiefs bench has been arduous for Gavin Hunt and there were times when the increasingly pressured coach had the tormented look of ...
Sport
11 months ago
Next Article