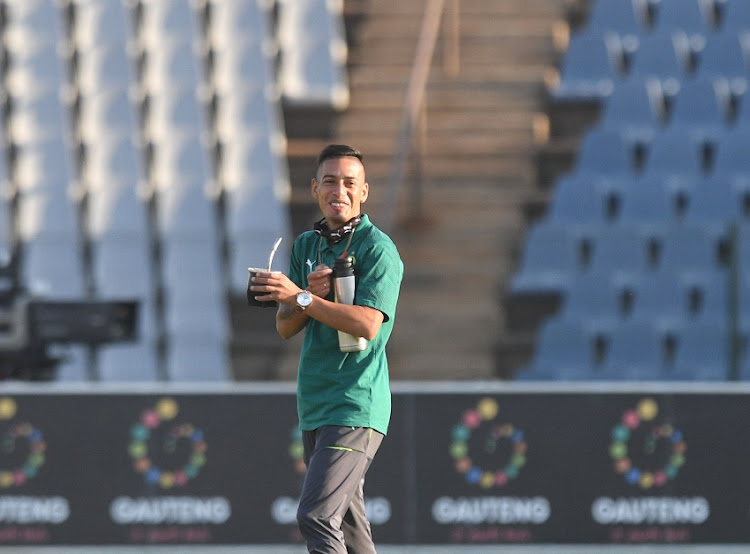 The 29-year old Sirino‚ who still has four years remaining on his Sundowns contract‚ will stay on at Chloorkop after the Brazilians and the player’s long-time admirers could not conclude a deal before the Egyptian transfer window closed on Sunday.

Last week‚ Al Ahly coach Pitso Mosimane confirmed that the Uruguayan is keen on reuniting with him in the Egyptian capital and the two teams have had discussions about the possible move.

“Gaston Sirino is a Sundowns player‚ the deal with Al Ahly did not materialise in this window‚” Sundowns senior official Yogesh Singh told TimesLIVE .

Singh‚ who is in charge of player contract negotiations at the Sundowns‚ added that they rejected Al Ahly’s offers because they did not meet their evaluation of the best player in the Premier Soccer League (PSL).

“This is normal in football as they could not meet the transfer fee we expected. If Al Ahly or any other club is interested in any of our players they can do the right thing and approach us directly and we can talk.”

Al Ahly may still come back for Sirino services in the coming weeks ahead of the Egyptian and Caf Champions League summer transfer windows where he will also eligible to play group stages of the continental competition.

Sirino‚ who has been a revelation at Sundowns since he arrived from South America in 2018‚ has won three league titles while playing alongside the likes of Themba Zwane‚ Percy Tau and Sibusiso Vilakazi.

This season Sirino has featured for Sundowns in only the MTN8 quarterfinal loss to Bloemfontein Celtic and has missed all of their six DStv Premiership matches‚ which ended in four wins and two draws.

Co-coaches Manqoba Mngqithi‚ Steve Komphela and Rulani Mokwena will have to find creative ways of integrating him back into the team which has not missed him during the opening matches of the season.