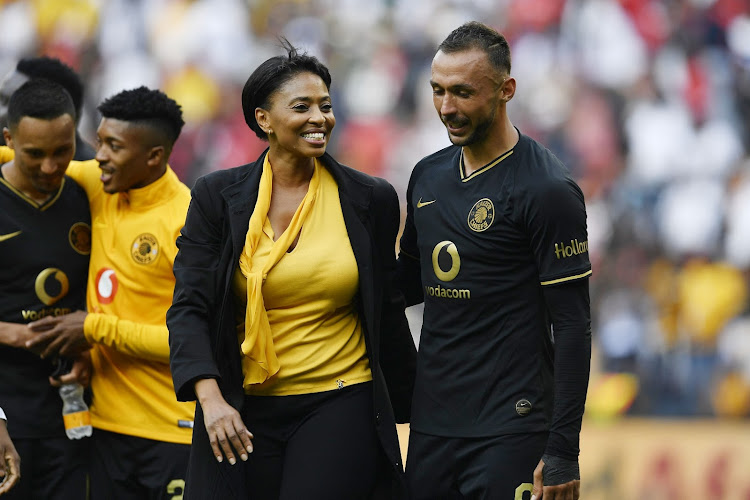 Kaizer Chiefs striker Samir Nurkovic would swap the Absa Premiership’s top scorer award for the league title, he has said ahead of “Super Saturday”, where either Amakhosi or Mamelodi Sundowns will lift the trophy.

The final day could barely have been more dramatically poised.

Chiefs, seeking to upend four unprecedented seasons without a trophy in their 50th anniversary campaign, have 56 points and a +21 goal difference. Defending champions Sundowns, aiming to clinch their 10th PSL title, have closed the gap from 13 points in December to 15, and have a +18 difference.

Give the context of such a scenario, and the history that would be associated with Amakhosi winning the PSL in their half-century season, Nurkovic understandably said he would prioritise lifting the trophy over closing the two-goal gap to join the top scorers.

Kaizer Chiefs have fought for the Absa Premiership title for more than a year‚ and ultimately deserve it‚ but know that it will take an almighty ...
Sport
1 year ago

“I will be the happiest if I win that award but the thing that is important is that the team is in first place, and individual awards come next,” the 28-year-old Serb, also chasing his first championship, said.

“The main target now is to win the title, and to help the team as much as possible.

“My job as a striker is to score as much as possible, and I’ll be the happiest to score now on Saturday, in the last game.”

Nurkovic’s 13 goals have played perhaps the key role – along with Lebogang Manyama’s six goals from midfield, and numerous assists and deadly set pieces – in Chiefs turning around last season’s disastrous ninth placing and leading the PSL for almost all of 2019-20.

For Nurkovic, who played most of his career for smaller clubs, mostly in Slovakia, joining giants and being part of a title chase has been the ultimate adventure.

The Serb’s signed for Chiefs from Slovakian second-tier outfit, who play in a 1,000-seater stadium, in June. His acquisition, with some other clever, mostly unheralded signings, was part of what coach Ernst Middendorp got right, along with an awkward gameplan that was particularly effective in the first half of 2019-20.

“I think any of this wold not be possible if we did not have such great supporters. Whether we played at home or away, I always felt like I was playing at home.

“Like I said a million times before, for me it’s the first time experiencing such big crowds in the stadium. I enjoyed every moment from day one,” Nurkovic said.

“And mainly from day one I know that mainly the supporters deserve this title, and I hope we are going to get it.”

The PSL’s top scorer’s race is set for its best conclusion in many years, with two players, Orlando Pirate’ Gabadinho Mhango and Peter Shalulile of Highlands Park, already past the 15-goal mark that has been so hard to reach in past seasons.

SuperSport United’s Bradley Grobler is on 14, and three players – Nurkovic, Lamontville Golden Arrows’ Knox Mutizwa and Bonginkosi Ntuli of AmaZulu – are on 13.

Kaizer Chiefs kept their destiny in their ambition of winning the Absa Premiership title in their own hands with a 1-0 win against nine-man Chippa ...
Sport
1 year ago

Crowded house at PSL Golden Boot inn with Mhango, Grobler and Shalulile in the mix

Just like the title race that has gone down to the wire, the Golden Boot battle will also be decided tomorrow, the last day of the Absa Premiership ...
Sport
1 year ago

Gavin Hunt believes Kaizer Chiefs have enough experience to turn their floundering title chase around and lift the Absa Premiership title at the end ...
Sport
1 year ago
Next Article