Middendorp appeals to Chiefs supporters to throw their weight behind Billiat 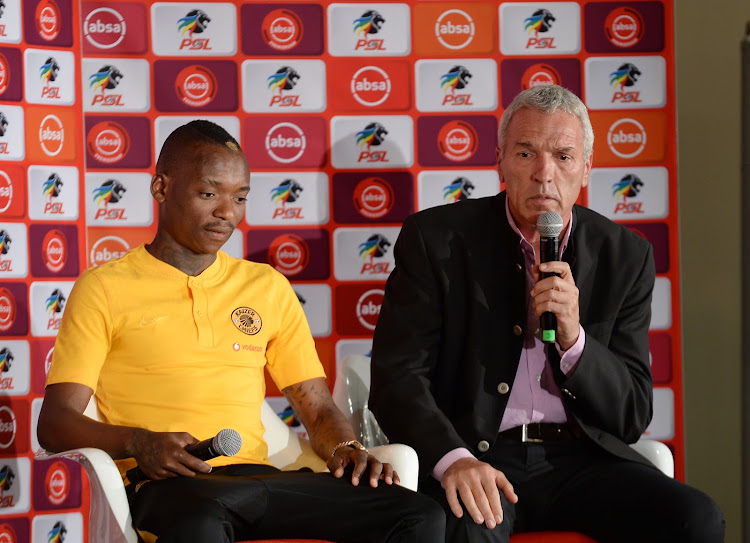 Ernst Middendorp has called on the Kaizer Chiefs supporters to rally behind Khama Billiat to help the Zimbabwean ace regain his form in the last three remaining matches.
Image: BackpagePix

Ernst Middendorp has appealed to the Kaizer Chiefs supporters to throw their weight behind off-form attacking midfielder Khama Billiat as the club enters the last three matches of the season.

Billiat‚ who has been the target of frustrated Amakhosi fans‚ has featured in 17 league matches this season and found the back of the net once‚ and contributed two assists.

“Unfortunately he is not doing it as we know that he can do it in the moment and I have said it already two weeks ago. I have to support him and I am asking for the supporters to please support him.

"Keep supporting him because it makes no sense in the moment to criticise a player negatively just because he has not fulfilled the expectation as he promised.

"He is one of the best‚ we know that but we know that the background is a little bit different at the moment.

Middendorp also admitted that losing key midfielder George Maluleka‚ who made 19 league appearances and contributed five assists‚ in the middle of the season was not ideal.

“I fully agree with Clinton Larsen’s opinion (that the loss of Maluleka has somehow affected us). I have never said something different and I am 100 percent about it.

"This was ripped off our concept but it is something that we can’t change. It’s happened‚ it’s done and it is the same with Leonardo Castro and Samir Nurkovic who were not available in the loss to Mamelodi Sundowns.

"We know our issues‚ we have to get it right and hopefully we can get it in a better way for our next three games.”

Next on the menu for Amakhosi is Bidvest Wits at FNB Stadium on Sunday and the German mentor said their fate is still in their own hands.

“We have not taken confidence from our last few games but sometimes you go through a certain dip because certain players are not there and you have to change your set-up and go different ways.

"The team has to freshen up and keep the calm‚ because we still have it in our own hands and that is something that we must take to the next game. This is the ambition we should handle it.”