Veteran Gould not ready to hang up his boots yet 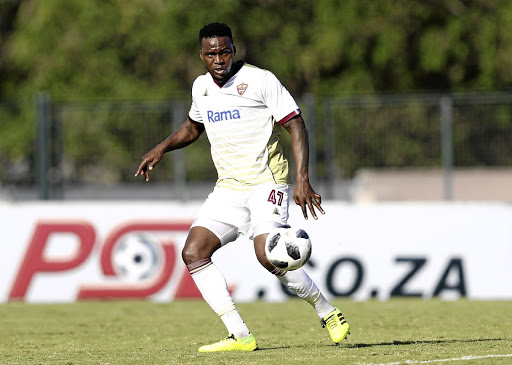 Gould is clubless after his contract at Stellenbosch wasn't renewed when it lapsed at the end of last month.

However, the former Bafana Bafana centre-back thinks he still has a lot to offer in the beautiful game.

"My legs will carry me until I die," Gould quipped. "There's still more I want to do on the pitch."

The lad from Noordgesig, near Soweto, aims to impart his knowledge to the youngsters when he gets a team.

"I want to inspire youngsters, that's my wish when I join a team. I want our youngsters to do more than our generation did," said Gould.

"I have gained vast experience in football, so now I aspire to teach and advise the upcoming players."

Safa and PSL to meet on Monday on return of football

The South African Football Football Association (Safa) and Premier Soccer League will meet on Monday again to iron out issues surrounding the return ...
Sport
1 year ago

Safa gets tough with the PSL: There will be no football in SA until late August

Tension is brewing in the corridors of the local game after the SA Football Association (Safa) flexed its muscles and insisted that there will be no ...
Sport
1 year ago

Gould started only eight of the 11 games he featured in for Stellies, having joined in July last year.

"As much as I can say that I am happy with my contributions at Stellenbosch, but as a footballer you always want more game time, that's what I can say," said Gould.

Asked if the dire financial situation across all sectors caused by the novel coronavirus played a role in his contract not being renewed, Gould emphasised that only Stellies bosses can answer that question.

"I can't answer that, you should ask the club's [Stellenbosch] management," Gould said.

As much as Gould is raring to find a new team, he currently enjoys spending time with his family, saying they are his priority at this moment.

The former Kaizer Chiefs defender is among a host of players such as Siyanda Xulu (Maritzburg United), Joseph Malongoane (Kaizer Chiefs), Thabo Rakhale (Chippa United), Thabo Mnyamane and Thabo Qalinge (both SuperSport United), among many others, whose contracts were not renewed.