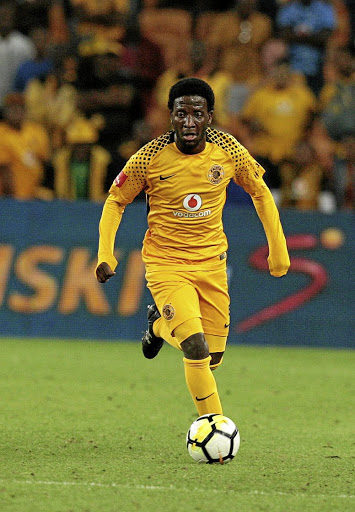 Even if Kaizer Chiefs fail to overturn their transfer ban with the Court of Arbitration for Sport (CAS), football manager Bobby Motaung has insisted that it is not a concern as they have made plans which will sustain them for another season.

Chiefs are currently serving a one-year Fifa transfer ban which includes the upcoming transfer window ahead of the 2020/21 season as well as the January 2021 window. They are hoping to overturn the ban as their CAS appeal is set for September 9.

As things stand, they have written to Fifa to request a temporary suspension of their ban until their appeal is heard, but have not had a favourable response yet.

Chiefs were handed a transfer ban by Fifa in February following complaints from Malagasy outfit Fosa Juniors that they didn't compensate them for the transfer of "Dax" Andrianarimanana two years ago.

"Obviously, we had plans for the future in terms of every season," Motaung said after he celebrated his major milestone of turning 50 years old. Born on July 10 1970, Motaung celebrated his birthday by handing out food parcels and winter clothing at Kgabalatsane village in Hebron, North West, on Saturday.

"Because of the challenge from Fifa, the ruling and everything obviously, the league is now going to September, our appeal is on the ninth. So it depends on the ruling (if) we can then register and sign new players.

"But the plan that we had, fortunately, two years ago, even when (coach) Ernst Middendorp came, we had a plan for two and three years. That's why we had new players coming in and looking at the youth and everything. We always plan for the long term."

Having renewed the contracts of some of their key players like Leonardo Castro, Bernard Parker, Willard Katsande and Daniel Akpeyi, Chiefs went on to tie down Philani Zulu, Siphelele Ntshangase, and Brylon Petersen to new contracts.

Motaung remains optimistic that they would still be competitive in the new season. "I think we've got a balanced team to continue even the next season. Remember it's only two transfer windows (referring to the ban). But we are balanced now to sustain the continuation," Motaung said.

Chiefs are missing out on the free-for-all at Bidvest Wits where they have been linked with moves for Thabang Monare and Sifiso Hlanti.

Monare reportedly wants to play for Chiefs while Ghanaian winger Sulley Muntari is also keen on a move to Naturena.

Football legends, greats and administrators have paid tribute to the loveable character, lyrical writer and old school scoop specialist that was ...
Sport
1 year ago
Next Article