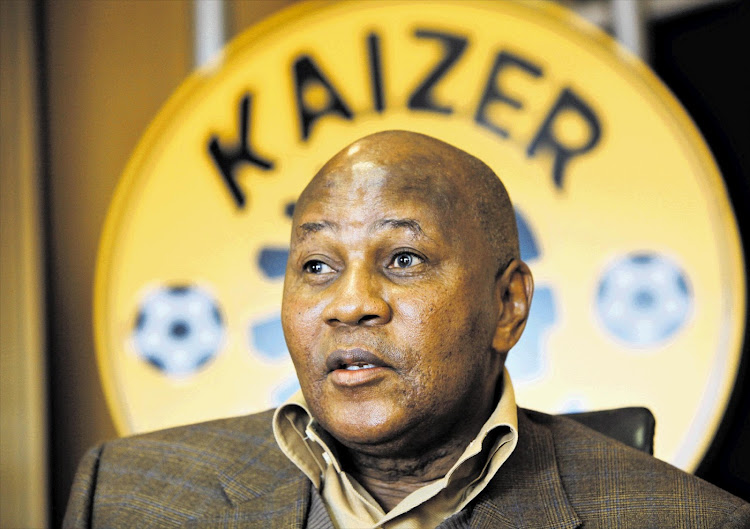 Motaung described Mazibuko as a “poet” in his writing style, saying: “Legends do not die, they multiply."

Mazibuko, whose career spanned decades and newspapers including Rand Daily Mail, Sunday World, Sunday Times and Sowetan, was known for his irrepressibly mischievous sense of humour and close ties and friendships with football’s movers and shakers.

“It is devastating to learn about the passing of Louis. We have lost a smart human being whose legacy of writing and speaking will linger,” Motaung said in a moving tribute. “The giant of scribing has fallen. Louis was one of a kind. He let the pen do the talking. He was a non-partisan writer and knew his journalism. His work was at another level.

“Louis was there during the 1970s. It is a sheer coincidence that he began his career during the years of the formation of Kaizer Chiefs. I had the pleasure of conducting several interviews with him. He was very knowledgeable about football.

“He interviewed me during my playing days as well as in my days as a soccer administrator. His command of the queen’s language was extraordinary.

“I am unable to put pieces together to describe the loss of such a stalwart," said Motaung.

“As he went on retirement four years ago, we kept in touch and often picked each other’s brains on the recollection of football memories. He had great comprehension and recollection of the history of football. He will be sorely missed by many.”

Like most who have paid tribute to Mazibuko, Motaung noted the veteran scribe’s sense of humour.

“He was a likable man with good energy. He was passionate about his work. We would share jokes and he enjoyed quotable quotes.

“If you read his articles you will realise the poet in his style of writing, and that is how he conducted an exchange of ideas outside his scribbling. I will miss his friendly persona.

“I wish to extend my condolences to the bereaved family, friends and the press society. Your loss is a loss to many. Louis left a legacy and indelible mark in the history of sports journalism. He leaves behind a track record of excellence and passion for writing and speaking all matters sports.

“He may be gone but will never be forgotten. Rest well Champ.”

Mazibuko died in Mulbarton Hospital in Alberton after an illness suddenly worsened.

He died on Wednesday afternoon at Mulberton Hospital in Alberton, his daughter Zozo confirmed to SowetanLive.
News
2 years ago
Next Article