Economic impact of COVID-19 hits football: 'I had to pay my players 40% of their salaries last month' 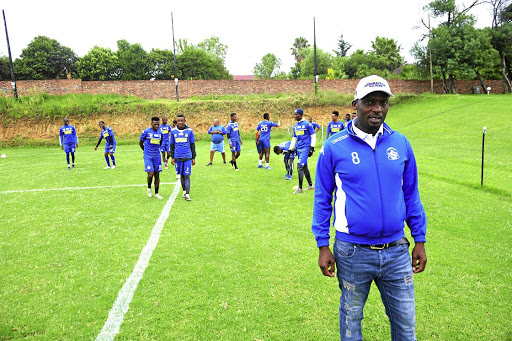 Baberwa chairman Joe Seanego says contrary to word on the streets, his club is not rich but relies on donors for survival.
Image: Veli Nhlapo

The very real possibility of going out of business is staring several lower tier sides in the face as the economic impact of COVID-19 hits home.

While Absa premiership and GladAfrica Championship sides have continued to receive their monthly grants from the Premier Soccer League even after football was suspended last month‚ the same cannot be said for the ABC Motsepe and SAB Leagues clubs.

Teams in the ABC Motsepe and SAB Leagues are struggling to keep their heads above the water as most of them are financed by business people‚ who are not making profits at the moment after the lockdown was implemented by government last month.

Baberwa FC chairman and business man Joe Seanego told SowetanLIVE that the impact of the coronavirus outbreak has been devastating in the lower leagues and his ABC Motsepe League club is no exception.

“The impact of the league being suspended is huge and some clubs may not be able to recover from this‚” said Seanego.

“I had to pay players 40 percent of their salaries last month and will do the same in April.

"You must remember that I have commitments to my guys at my businesses where I work and I have a family where my children are looking at me.

"The situation is very bad because the national shutdown has closed many sectors of the economy and we don’t know what we are going to do‚” said Seanego.

“Running a team in the ABC Motsepe League is very strenuous because only one team is guaranteed to go to the play-offs‚" he said.

"You are not even guaranteed that you will be promoted in the play-offs.

"We are sitting with a serious problem where we have to pay the players at the end of the month‚ but they are not doing anything and the league is not finished.

“Some of us love what we do because we are giving hope to young people‚ but we will have to find a way to deal with this unique situation.

"It is true that some clubs may not be able to survive because of the severe financial repercussions of this coronavirus.

"Already in our league in Mpumalanga‚ there is a team that was relegated during the season because they could not afford to attend games and that was before coronavirus.

"Players of big teams like Juventus and FC Barcelona have agreed to take pay cuts‚ so who are we?‚” asked Matsebula.

Nathi Mqokiyana‚ who is the chairman of Eastern Cape ABC Motsepe League side Bizana Pondo Chiefs‚ said the situation is dire.

“If we continue like this‚ some teams may struggle to continue and could close down‚ leaving a lot of young dreams shattered. I am not even sure if clubs qualify to receive money that has been made available from government to help small businesses in distress.

“Big clubs in Italy and Spain‚ who have millions in sponsorships and TV revenuw‚ are also affected and their players are taking pay cuts.

"So‚ what chance do we have at this level of the game in SA?

"I am a small businessman and not at the level of club owners in the PSL and National First Division‚ our businesses have closed doors because of the lockdown.

"We don’t have income for our families and players are obviously going to be affected by this. It is a challenging time for everyone and we will see what happens in the coming weeks‚” said Mqokiyana.