Comitis on PSL's options after lockdown: Four games could be played at a single venue on one day' 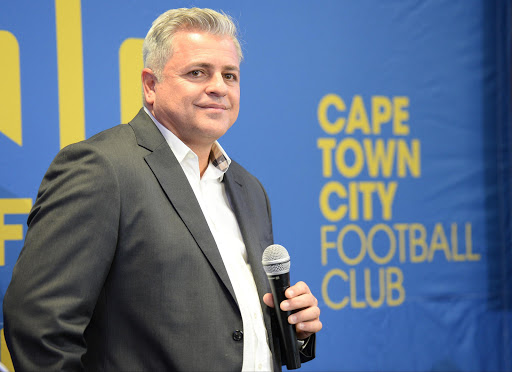 Cape Town City chairman John Comitis says the 2019/20 Premier Soccer League season must finish‚ even if it means playing a World Cup-style competition where sides play their final eight or nine games in just a few weeks at centralised and sanitised venues.

Comitis says the health of the players is paramount in any decision the league makes to resume the season‚ but adds that a failure to complete the campaign‚ and not deliver on their contracts with sponsors and broadcasters‚ would have dire consequences for the industry.

South Africa remains in lockdown until April 16‚ at least‚ as the country wages a battle with the coronavirus pandemic‚ and Comitis feels they will have the be flexible and innovative in what are extraordinary times.

“We might have to play a MultiChoice Diski Challenge format where there are three or four games at a single venue on one day‚” Comitis tells SowetanLIVE.

“It is something that is being explored by our [PSL] chairman [Irvin Khoza]‚ and might be the best option in ensuring our players stay safe.

“The league must finish under all circumstances. Even if we jam-pack matches and have eight games in a few weeks‚ like they do at a World Cup. The level will obviously be affected‚ but we have to do what we can within our constraints.

“The reality is that we have to get back into action to give exposure to our sponsors and the broadcaster‚ because they provide the blood line for local football‚ the revenue. Without that ...”

Comitis adds they would have no problem playing matches behind closed doors‚ if that is what it took.

“Crowd attendances are not how clubs drive revenue in South Africa‚ if anything it costs us money to have the stadiums open. We must just sustain and keep sponsors on board‚ and give them the exposure we have promised.”

Comitis says clubs must also act in a “mature” manner during the period when they are not active and make sure they are meeting their obligations to players‚ which also brings in the league in terms of making sure monthly grants are still issued.

“If you mess around with player contracts‚ they can always say‚ ‘you did not pay me‚ I’m a free agent’‚ and walk out of a club. Imagine that happened en masse? It would be chaos.

“There has to be a mature approach and it must be a co-operative process with a lot of compromise to keep to the game alive.”