Taxi hitman's reign of terror brought to an end

A Cape Town taxi hitman was sentenced to more than 80 years in prison.
Image: 123RF/123RF Premium

The murder spree that was dubbed Cape Town's taxi war just got a face and a name after taxi hitman Phindile Velem was sentenced to two life sentences in the Western Cape High Court.

In what was dubbed a taxi war that led to dozens of deaths when sporadic shootings occurred at taxi ranks across the city, the fight was reportedly about disputed taxi routes and access to customers.

In April last year, the fighting culminated in the killing of four people in a shootout in Hout Bay.

Four people have been shot dead and two others have been injured in a gun battle that saw shots being fired early on April 1 2019 in Hout Bay in Cape Town. The shootout is believed to revolve around a disputed taxi route in the area. Subscribe to TimesLIVE here: https://www.youtube.com/user/TimesLive

According to the Western Cape police management, Velem's heavy sentence of 85 years' direct imprisonment "will send a stern warning that crime does not pay".

The court found him guilty on all of the offences except for the robbery charge for which he was acquitted.

"These offences were committed against the background of taxi feuds over the protection of taxi routes and money disputes," said Van Wyk.

On the evening of Thursday February 22 2018 Magxwalisa (one of the murder victims) was waiting outside an OK Mini Market store in Main Road, Hout Bay, with taxi owner and Hout Bay Taxi Association member Themba Liwani where Liwani was waiting to transport the store's staff members home.

Wars, corruption on Makhura's agenda at the taxi summit

While the two were talking Velem approached them and shot Magxwalisa, who sustained a fatal wound in his lower back.

Velem then chased Liwani into the store where he shot him three times. Liwani survived the shooting.

But Velem's job was not done. On September 13 2018, he and another suspect killed Pango near a store in Main Road, Delft, after chasing him down and shooting him multiple times.

On November 3 2018 police ended the 43-year-old's reign of terror when they found him in Kayamandi, Stellenbosch, in possession of a 9mm Parabellum pistol and a FEG Luger M80 semi-automatic pistol with several rounds of ammunition. 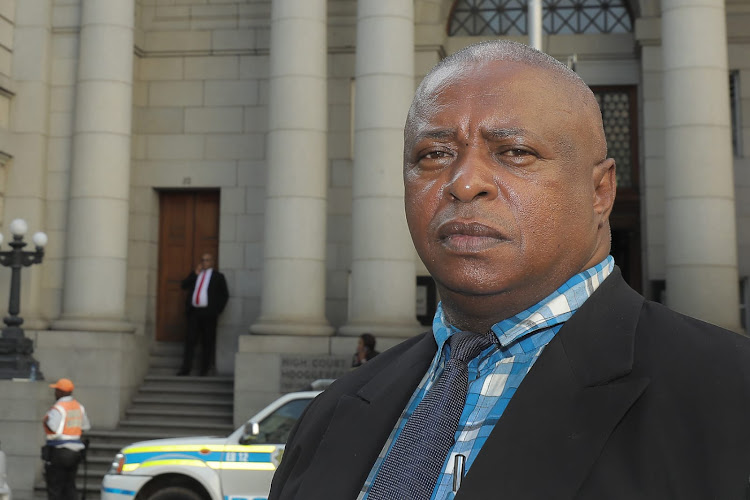 "The accused is deemed unfit to possess a firearm in accordance with the provisions of section 103(1) of the Firearms Controls Act 60 of 2000," he said.

But, his sentencing this week was not the last crack of the whip by the law against Velem.

On April 8 he is scheduled to appear in the Bellville magistrate's court for murder and two attempted murder charges relating to the murder of a CATA member at the Bellville Taxi Rank, according to Van Wyk.

A month ago, 30-year-old Lauren Prins was shot ten times and murdered outside her home in Bishop Lavis. She had a spinal problem and was disabled. On ...
News
2 years ago
Next Article