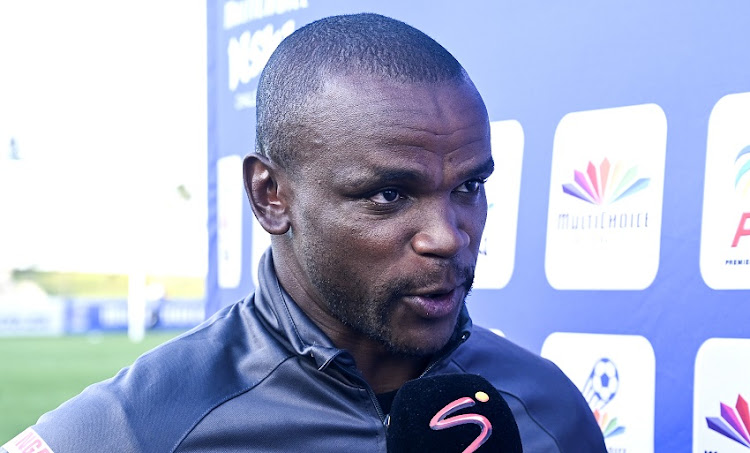 Ayanda Dlamini has urged AmaZulu’s players’ to forget about the upheavals at the club that led to head coach Jozef Vukusic being placed on a mysterious special leave days before the KwaZulu-Natal club head to Johannesburg to meet Kaizer Chiefs.

Former Usuthu striker Dlamini was appointed caretaker-coach after Vukusic’s suspension following AmaZulu’s failure to move away from the foot of the Absa Premiership‚ where they’re currently stationed with just seven matches to finish the season.

His first assignment is against league leaders Chiefs at FNB Stadium.

This is Dlamini’s first stint as a head coach at a professional club and he’s vowed to do everything to help his former club avoid the drop to the GladAfrica Championship since they bought their return to the top-flight in 2017-18 season.

“Ja‚ look‚ I believe we all have to play our part now‚ from the players and everyone‚” said the 35-year-old Dlamini‚ who had the nickname of the venomous snake ‘Cobra’ at the height of his playing days at Usuthu between 2009 and 2016.

“I know that I will have my contribution and if the players also do their part on the field I’m definitely 100 percent sure we’ll turn things around.

“Obviously we know it’s going to be a difficult one [against Chiefs at FNB].

“Chiefs are number one‚ they’re going for the league‚ yah it’s going to difficult but now I told the players that it’s not about who we’re playing against.

“It’s about us now‚ we have to fight our battles and whoever the opposition is doesn’t matter.

“We must give everything on the field and fight for our survival.”

“We’ve been working on that with the players‚ telling them what to expect‚” he said.

“So the players understand what we’re trying to do and I’m happy with the response that I see from the players.

“They’re very‚ very positive and the energy is there.

“So yes‚ we’re ready and we have been analysing their games – we’ve had some video sessions with the players to show them exactly what we’re talking about.

“So ja‚ we have a plan and we know what to do‚ we just have to go on the field and do it.”

Vukusic guided Usuthu in 18 matches in which he gathered 18 points after 10 losses‚ five wins and three draws before he was suspended by Usuthu management on Tuesday following a 1-0 defeat away to Chippa United last week.

The Slovakian‚ who replaced Cavin Johnson after a poor start to the season‚ also had Chiefs in his first game at Usuthu in Umlazi in September where Usuthu were unlucky to lose 2-0 after some mind-boggling decisions by the match officials.

Dlamini said the mood has already swung to the positive one at the club as they focused on the Chiefs game.

“It’s been very‚ very positive you know‚” the caretaker said.

“As a coach you can see and feel around the players that everyone is positive.

“Everyone is willing to work and everyone is pushing one another to say‚ ‘Guys‚ let’s work‚ let’s work and try to get the team out of this situation’.

“So it’s been positive and it’s been very encouraging. It’s been good and luckily I’m not a new guy.

“I’ve known these players‚ I’ve worked with them‚ so it’s good to be here and try to help. I believe with the players that we have‚ everything will change.

“We’ll change things around‚ starting with this game. Let’s go there focused on this game and deal with the next situation.

“But for now it’s all about Chiefs and we’re focusing on that and it’s good to be part of this team.”