Relegation battle will go down to the wire‚ predicts Clinton Larsen 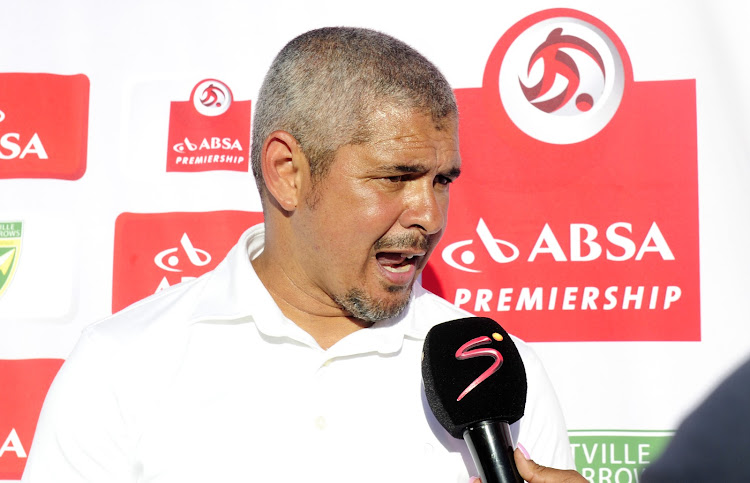 Clinton Larsen is confident he can save Polokwane City from dropping down.
Image: Gerhard Duraan/BackpagePix

There will be an almighty scrap at the bottom of the premiership table as a host of clubs fight it out to avoid relegation‚ predicts one of the coaches who will be intimately involved.

Polokwane City’s Clinton Larsen‚ who was in the same situation last season and helped Chippa United stave off the drop down‚ reckons a dog fight is on the cards as the likes of AmaZulu‚ Baroka FC‚ Black Leopards and his own side battle to avoid relegation.

“Everybody down there is nervous and looking for results to get themselves away (from danger)‚ but it’s not easy.

“The fixtures don’t get any easier for any of the clubs.”

Polokwane City were bottom of the table one month ago but beating Cape Town City and Leopards in successive matches lifted them clear of the bottom two.

But at the weekend they got sucked back down again as they lost to Maritzburg United while AmaZulu and Baroka won.

“Last week we did the business (against Black Leopards) and managed to create some space between ourselves and the bottom three‚ and we want to continue to do that in the coming games‚ regardless of who the opposition is.

“We’ve got to make sure we go and fight like we’ve been doing and get points from the last six games.

“Eighteen points is still a lot of points to play for but it is going to be a battle to the end for the bottom teams.

"Maybe even teams who are above us like Cape Town City and Chippa United‚ who aren’t out of danger yet.

Larsen looked to put a positive spin on the fight against the drop.

“These are the challenges we relish; doing the unexpected‚ achieving what nobody thinks you can.

“But the moment you win two games‚ everybody changes their tune. That’s how fickle people are‚” he added.

Mamelodi Sundowns have signed three big-name players but coach Pitso Mosimane is keep his cards close to his chest.
Sport
2 years ago