'Ja‚ we are going all the way': Moleko not mincing words as Kaizer Chiefs gun for the league title 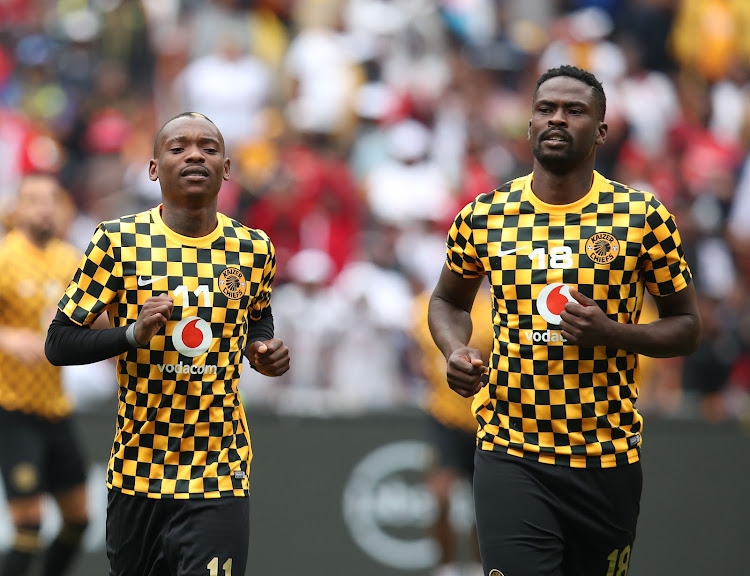 Khama Billiat and Kgotso Moleko of Kaizer Chiefs during the Absa Premiership 2019/20 match between Orlando Pirates at the FNB Stadium, Soweto on the 29 February 2020
Image: ©Muzi Ntombela/BackpagePix

Kgotso Moleko is not mincing words – the defender says Kaizer Chiefs are winning the Absa Premiership title in 2019-20.

Chiefs are coming off arguably their biggest win of their effort to reverse four seasons without a trophy‚ Saturday’s pulsating 1-0 victory in the Soweto derby against Orlando Pirates at FNB Stadium.

That result saw Amakhosi reestablish a seven-point lead over second-placed Mamelodi Sundowns‚ who have a game in hand.

Chiefs meet last-placed AmaZulu in their ninth-last game of the season at FNB on Saturday night (kickoff 8.15pm) aiming to ram home the advantage.

Moleko was asked at Chiefs’ Village in Naturena on Thursday morning if anyone was thinking about winning the league now at Amakhosi.

“I think most of the guys now want it more. Some of them haven’t won it before.

“So I think they have started realising that it’s good to win‚ and the stake is there – it’s all about how (much) you want it.”

While he could not speak for his teammates‚ Moleko said he has felt an atmosphere of confidence growing at Chiefs from the start of the season.

“Ja‚ I’ll say I think I’ve been picking up things from since the preseason‚” he said.

Asked how training is different he said: “It’s good. You can see [pointing to assistant-coach Shaun Bartlett laying the cones before the session]‚ coach Shaun is walking nicely. You can see the confidence he has.

“If a coach like him has confidence he gives it to us. It’s rubbing through us.

“There’s a lot of energy. You can look at Vina [Maphosa‚ Chiefs’ communications manager]‚ look at how nice [the clothes are] he’s wearing‚ and whatever that shows.”

AmaZulu‚ in front of a no doubt far smaller crowd than Saturday’s 90‚000-plus for the derby‚ has the danger of being a comedown for Chiefs.

Moleko said it is the scent of a now ever-more likely league title that will guarantee Amakhosi’s intensity.

“The game we are going to play now – if we win it then it’s going to be much easier to focus on the bigger games against Wits and the other teams who are just under us.”

AmaZulu placed coach Josef Vukusic is on special leave this week and assistant Ayanda Dlamini will be their caretaker on the bench on Saturday.