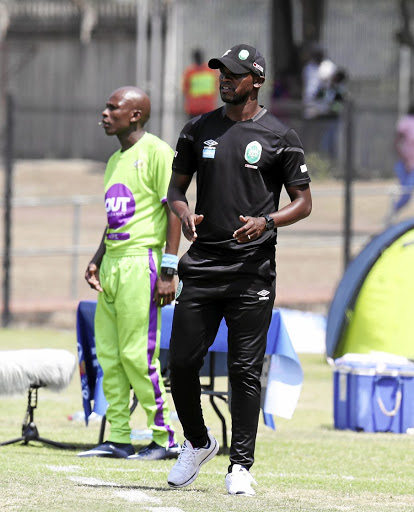 AmaZulu caretaker coach Ayanda Dlamini will be in charge of his first game on Saturday, when Usuthu travel to FNB Stadium to face Absa Premiership log leaders Chiefs. Usuthu are bottom of the log.
Image: Muzi Ntombela/ BackpagePix

AmaZulu caretaker coach Ayanda Dlamini can expect a baptism of fire when his side face high-flying Kaizer Chiefs at FNB Stadium on Saturday (8.15pm).

Given the troubles the club has gone through recently, with head coach Jozef Vukusic suspended following a string of poor results, Usuthu could be lacking in confidence. But retired striker Dlamini believes they can still get a good result against the Soweto giants.

"This is what I said to the players, that it doesn't matter who the opposition is now, we are in a situation where we just have to get points. We don't focus on who we are playing against, we focus on ourselves and try to get three points.

"Chiefs have just won the derby and they are in good spirits, so we just have to go there and climb that mountain. We don't have any other choice."

Usuthu are sitting at the bottom of the Absa Premiership log standings with 20 points from 23 matches and are currently tied with Black Leopards and Baroka.

Dlamini, however, remains positive that they can still avoid relegation.

"It's only us who can take the team out of this position, it is in our hands. We don't have to wait for other teams to do us favours," he said.

"Our target is to get points in our last seven games. It is possible but it will take a lot of hard work."

Suspended AmaZulu coach Jozef Vukusic sounded disappointed soon after he was put on special leave following a string of poor results with the club.
Sport
1 year ago
Next Article