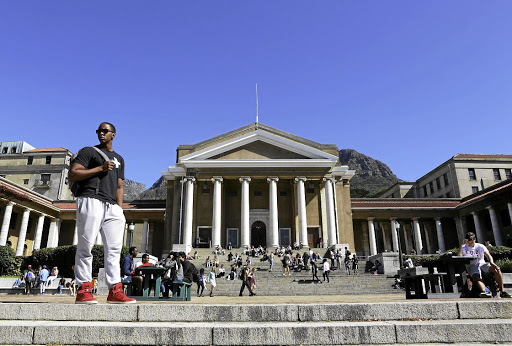 Students and other role players in higher education are left in limbo with the 2018 academic year fast approaching, the writer argues. / Ruvan Boshoff

When Ayanda Dlamini boarded a bus to travel 900km from Durban to Port Elizabeth, she was excited that she would begin her bachelor of education (BEd) in intermediate phase studies at the Nelson Mandela University (NMU).

However, the 18-year-old's dreams were shattered when she arrived on campus and was told that her application was accepted by mistake.

Two other prospective students had a similar problem, with one of them told a week after he had been on campus that his name did not appear on the system.

"When I got to campus, it was a different story and I was told that my application was accepted by mistake, and that did not happen to me alone. I was disappointed and sad as I was looking forward to studying but now I am sitting at home doing nothing. My mother had to borrow money for me to book a bus to go back home. I am emotionally drained."

The corridors of the Port Elizabeth magistrate's court echoed yesterday with the voices of Nelson Mandela University students who came out to support ...
News
2 years ago

Nelson Mandela University’s management said university activities will resume on Tuesday, but student leaders insist that while students have nowhere ...
News
2 years ago

Alinde Khumalo, 18, said she had also applied to study for a BEd but was accepted for tourism management. "I was even accepted by the National Student Financial Aid Scheme and I left my home town in Flagstaff, Eastern Cape, on January 19 and arrived in PE the following day.

"I went to campus at about 10am and I was told to come back in the afternoon and that's when I was told that I was accepted by mistake. What should I do this year? This is very frustrating."

A 21-year-old student who asked not to be named was lucky to get a placement at Walter Sisulu University after he was rejected at NMU, despite getting an acceptance letter.

"I applied for biochemistry, was accepted and got a student number and a room at one of the campus residences. A week later, I went to admissions to tell them that I wanted to change to BEd and I was shocked when I was told that my name does not appear in the system," he said.

"I was given one day to vacate my room. I am happy that I managed to get a placement even though it's not what I wanted."