Pitso Mosimane: 'Sundowns need to finish the job against USM' 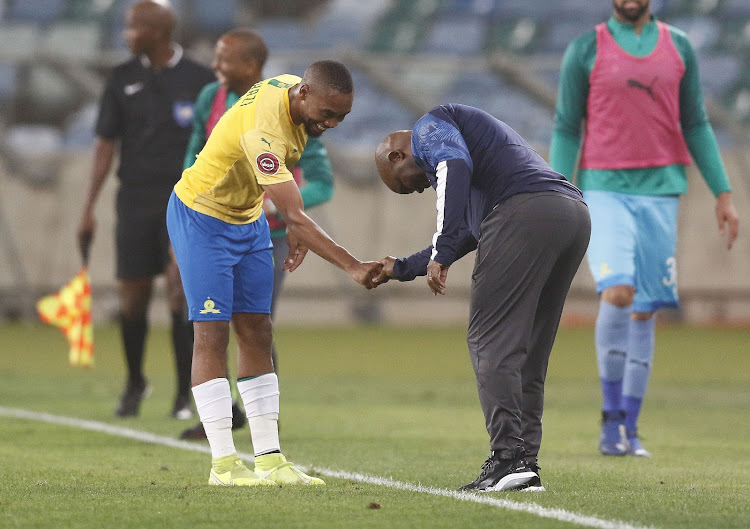 Mamelodi Sundowns coach Pitso Mosimane has said that his soldiers will not be complacent when they take on USM Alger in their Caf Champions League group stages clash at Loftus on Saturday.

Sundowns beat the Algerians 1-0 in their own backyard in December in the first leg but Mosimane said his charges have enough experience in the tournament not to allow complacency to creep in.

“We are not novices in this tournament – these guys have been playing Champions League football for the past six years in the group stages‚” Mosimane said during his pre-match press conference at Loftus on Friday afternoon.

The Brazilians go into this vital clash leading Group C with seven points from three matches and victory will almost certainly guarantee them qualification for the quarterfinal stage.

“These guys know that you can’t wait for the match against Wydad Casablanca in the last match to try and qualify‚ or against Petro de Luanda in Angola. Do you really want that?

“The players know that there is no time for complacency at this level and I don’t have to motivate them.

“They know that they must finish the job on Saturday and we will do whatever we have to do to win the match. We put them under a lot of pressure to win matches but sometimes we don’t win‚” said Mosimane‚ adding that finishing top of the group remains a top priority.

“Last year we had a chance to go top of the group but we lost to Wydad Casablanca away and they topped the group in the last match.

“What happened to us is that we had to play the leader of the other group‚ which was Al Ahly‚ and fortunately we had one of the historic moments by beating them in quarterfinal.

“Do you want to go the same route again? You don’t want that. I don’t want to face Esperance‚ Al Ahly or any of those big teams again.”

Mosimane added that USM Alger are not going to be easy to beat because defeat will put the Algreian outfit’s chances of finishing second under serious threat.

“The team we are playing against can’t afford a draw or a loss because if they get that they are out‚ and that is the beauty of the match on Saturday.

“You can’t be sitting back for a draw. You get a draw and then what? Mathematically we are going to have a problem if we don’t wrap it up on Saturday.

“I believe they are going to give us serious problems because they are dangerous on set pieces and crosses. During the away game in Algeria‚ they gave us problems and let’s give them credit for that.

“They kept us in our half and our goalkeeper‚ Denis Onyango‚ saved us on many occasions. They are strong and big boys‚ their technique and tactical awareness is top and they know game management.”