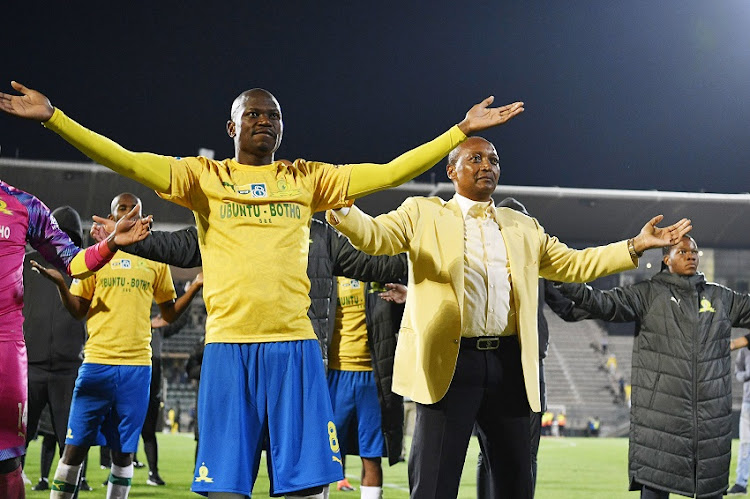 Mamelodi Sundowns coach Pitso Mosimane has hailed veteran Hlompho Kekana as a ‘true legend’ and one of the best captains to ever don the club's armband.

The 34-year-old Kekana went past the 300-game milestone when he scored the lone strike in Sundowns' 1-0 win over USM Alger in Algiers in the group stages of the Champions League in December last year.

“It’s a milestone for Keke guys.

"I think he is the best captain for me at Sundowns in terms of achievements‚” said Mosimane.

“I don’t know if there is another captain who has won so many trophies like him‚ and to reach 300 games with a goal away from home in Algiers was the icing on the cake.”

Mosimane said the younger generation of players must take a leaf out of Kekana’s book and try to emulate his longevity and high levels of discipline.

“He has been here (at Sundowns) as captain for a long time‚" he said.

"He has been a good role model and I don’t remember him missing a training session since I have been here.

"He gives everything in every match

"He gives the same spirit and the same mentality‚ irrespective of the age that is working against him.

“He is a true soldier and hopefully we will get somebody in the team who will give us the same and play more than 300 games.

"Tebogo Langerman is very close to getting there and that’s what you need.

"These are the people we need to honour by saying they are legends of Sundowns."

Kekane may be a success story at Sundowns after playing 302 matches but was no stranger to titles when he arrived at Chlorrkop after winning the league with SuperSport United between 2008 and 2010.

“You are not a legend because for one or two years you were good at flipping balls and had one unbelievable season‚" said Mosimane.

"He is a true legend‚ we honour him and give him the respect that he deserves.

"I took the right decision to make him captain and I am happy with my decision‚ I saw it right.”