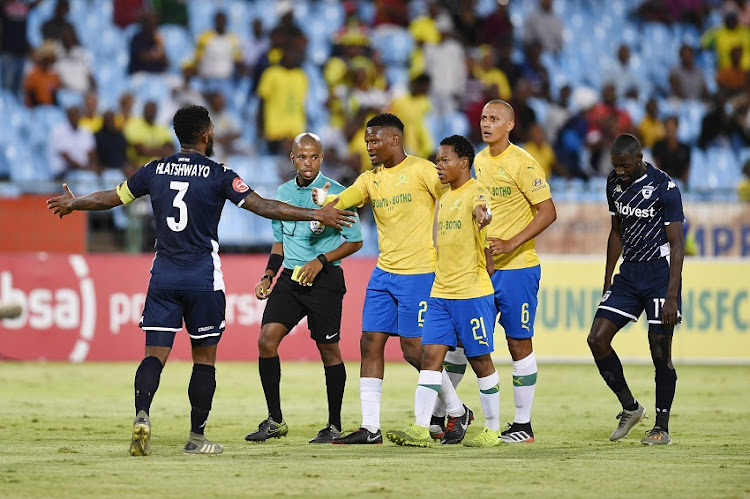 Outspoken Mamelodi Sundowns mentor Pitso Mosimane stared down the barrel of a loaded gun and dared the Premier Soccer League (PSL) to charge him after he labelled referee Abongile Tom as an amateur.

The title-chasing Sundowns drew 0-0 with rivals BidVest at home at Loftus on Tuesday night and an irate Mosimane turned his attention to Tom at the conclusion of he encounter‚ insisting that the match official delivered an amateurishly below par performance.

Mosimane did not hold back and berated Tom for allowing Wits captain Thulani Hlatswayo to finish the match despite numerous crunching tackles.

He also took exception to the yellow card that was issued to Themba Zwane as it means that the influential will play no part in the highly anticipated clash against Orlando Pirates next week.

The Sundowns coach continued that he should be allowed to engage with the match officials and should not be prevented from communicating his thoughts during matches.

"If I have Victor Gomes on the line or other people‚ I speak to them and they talk but these ones they are magogorwane (amateurs) my bra.

"They shout 'no‚no‚no‚ stay back' when you have just crossed the line once.

"He (Tom) is like a school principal with a whip‚ he comes shouting 'you are crossing the line‚ go back.' I mean really what are we gonna do with that.

“There are these one who just arrived and they are called mafikizolo (Johnny-come-lately).

"He has just arrived now and he is cracking the whip‚ why can’t I talk?

"We are not small coaches that can’t talk‚ we can talk but they have a problem with that.

PSL prosecutor Nande Becker asked Mosimane to explain himself the last time he criticised match officials but the unfazed Sundowns mentor defiantly insisted that he would continue to express his opinion.

“They can come‚ it is normal‚" Mosimane said.

"I praise the referee and I am called‚ when I criticize them then it is a murder charge‚ I mean really. If they call me it’s okay‚ it’s part of life‚ it’s the way it is.”

Mosimane added that South African referees ‘chicken out’ when they are supposed to take big decisions.

“I think sometimes Ace Ncobo (Mr Spot On) always says it’s not that referees are bad‚ they just chicken out.

"They say two red cards in this match‚ I will be the centre of attraction and I will be trending‚ so let me move away because it’s enough.

"It’s that kind of mentality but we have to move on.”