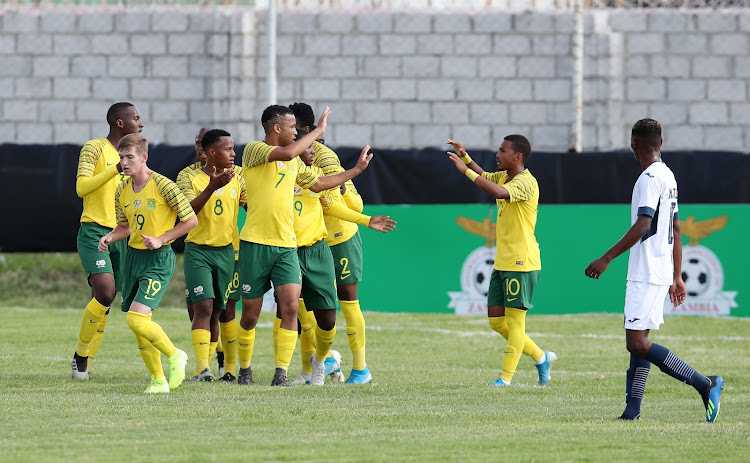 South Africa were held to a 1-1 draw by Madagascar in their 2019 Cosafa Under-20 Men’s Championship Group B clash on Sunday, and now face a tense final pool match.

Avizara Soloniaina put the Malagasy in front early in the second period, but Sinenjongo Mkiva equalised late on to seal a potentially precious point for coach Helman Mkhalele.

South Africa now face a final clash against Lesotho on Tuesday where victory should seal their passage to the semifinals.

The pools are decided on a head-to-head basis, but as South Africa and Madagascar drew their match, the two will have to be separated by goal-difference.

South Africa are on +5, with Madagascar on +3, though they have potentially the easier final game against fellow islanders Mauritius.

Should both teams win they could yet each advance as group winners and the best runners-up.

Mkhalele made two changes from the 5-0 win over Mauritius on Thursday, with goalkeeper Bontle Molefe for Olwethu Mzimela and midfielder Selaelo Rasebotja coming for the injured Keegan Mitchell.

Captain Rowen Human had an early chance when he was set up by SuperSport United’s Oswin Appollis, but fired over the bar, before the latter found himself one-on-one with Malagasy goalkeeper Tabibo Malazamana but could not beat the gloveman.

Amajita fell behind on 56 minutes when they failed to defend a free-kick and Soloniaina netted to put the islanders in front.

South Africa found an equaliser on 79 minutes though as Mkiva netted with 11 minutes remaining, his second of the tournament after he also netted against Mauritius.