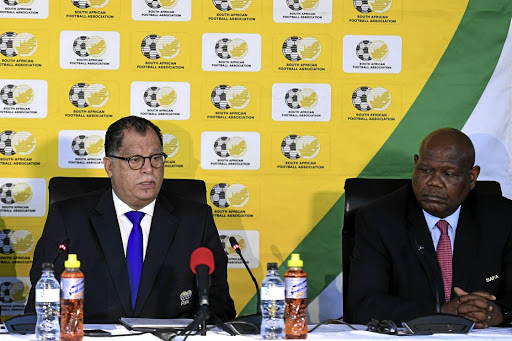 Safa announced a huge loss of R74m at its headquarters yesterday ahead of its AGM on Sunday.

It's a case of the haves and the have nots as the financial positions of the two football organisations are worlds apart. The Premier Soccer League reportedly contributes R10m per season to the mother body.

Safa acting chief executive Gay Mokoena admitted that they would be engaging the Premier Soccer League about getting more from them.

"Yes, the PSL announced a R1bn revenue. The PSL contributes to us an amount that is in particular for referee development and that amount has not changed [for some time]," Mokoena said.

"There is a planned JSC [joint standing committee] meeting where we will express some of our ideas on how we could improve the revenue we receive from the PSL without negatively affecting them."

On the significant loss, Mokoena said: "As you would expect, we had issues in the previous financial year with broadcasting rights with the SABC. We are going to report a loss of about R74m to our members. This is significantly due to the loss of revenue from broadcasts."

In the previous financial year, Safa had reported a loss of only R18m. But this was before they felt the full extent of the impasse in their broadcasting rights deal with the SABC.

The football mother body used to generate annual revenue of R110m from the national broadcaster.

Mokoena confirmed the value of the recent broadcast deal with the SABC. "Because we are all in a difficult period, we have a R50-million sponsorship. But it's not all cash, it's what you call value in kind."

Veteran midfielder Mpho Makola and Cape Town City will present footage as evidence in mitigating circumstances at an appeal hearing on Friday in a ...
Sport
2 years ago
Next Article