Sundowns know ‘what to expect’ in Casablanca cauldron 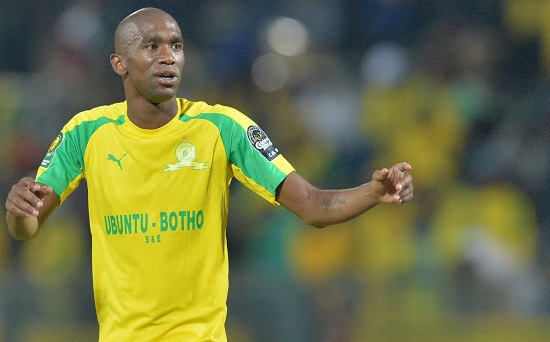 Mamelodi Sundowns defender Anele Ngcongca says they will not be intimidated by the passionate support of Wydad Casablanca in their Caf Champions League group stages clash at the Stade Mohammed V on Saturday night (kickoff 9pm).

The Brazilians are in Casablanca looking for their first win away from home over their rivals who knocked them out of the tournament in the semifinal stage last season.

“We have played them many times over the past few years and we know that when they play in their own backyard they are a stubborn team,” said former Bafana Bafana defender Ngcongca.

“They are helped by their 12th man in the stands but as football players these are the matches that you look forward to. When the stadium is packed, the atmosphere is always very good and we enjoy playing in front of many supporters.”

Sundowns arrived in Casablanca on Tuesday and Ngcongca said their preparations have gone well.

Mamelodi Sundowns and BidVest Wits will fly the South African flag on the continent this weekend with difficult away trips in their respective ...
Sport
2 years ago

“We travelled from Johannesburg to Paris and connected from Paris to Casablanca but most of the guys are used to this because we have been playing Champions League for the past few seasons,” he said.

“On Thursday we had our first training session where we started the engine. It is a match where we have struggled away from home. It was important to beat Atletico de Luanda [3-0] in Pretoria because in the Champions League you must win your home games.

“We tried to win by a bigger margin because the goals will count at a later stage but sometimes it doesn’t work the way you planned. But it was important to keep a clean sheet at home.”

Ngcongca said Sundowns respect their hosts, but will focus on the job of getting three points in Casablanca and staying at the top of the group.

“They are a good team. We respect them but at the end of the day we have a job in front of us and hopefully we can get a win here in Morocco.

“When we analysed their games, they have changed their playing strategy and they are going more direct than before. They used to build the ball from the back but now they use direct balls more.

“We also want to break the ice and hopefully it will happen on Saturday.”

Mamelodi Sundowns have a score to settle with Wydad

As Mamelodi Sundowns prepare to face Wydad Casablanca for the ninth time in three years, the SA club want to deal decisively with the Moroccans now ...
Sport
2 years ago

Maritzburg United chief executive Younus Kadodia has confirmed that on-loan striker Jeremy Brockie will not play against Mamelodi Sundowns in the ...
Sport
2 years ago

Mamelodi Sundowns captain Hlompho Kekana is available for selection in the Caf Champions League titanic clash against Wydad Casablanca after a ...
Sport
2 years ago
Next Article