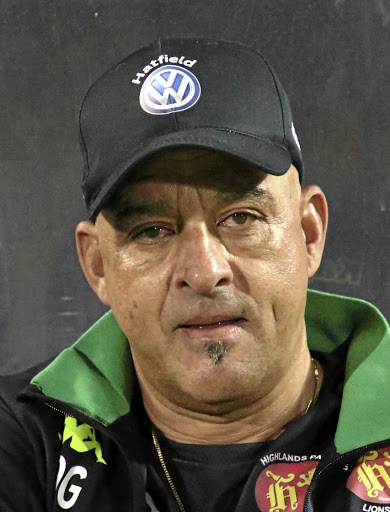 But his opposite number Owen da Gama was not a happy man at all after the 1-1 draw.

Wits were a goal down until late in the match when referee Victor Gomes penalised Bevan Fransman for handling the ball inside the box, and awarded Wits a penalty which was slotted home by Thabang Monare on injury time.

Highlands' goal was scored by Peter Shalulile in the 41st minute via a penalty.

"I am very disappointed and I don't know whether I should laugh or cry because the players do so well; they work so hard, and you know, to draw such a match in that fashion, I think it is rather unfortunate," said Da Gama.

Highlands Park coach Owen Da Gama refused to comment on the legitimacy of a seemingly controversial injury-time penalty that saw his team having to ...
Sport
2 years ago

"But we are not at liberty to talk about referees or Wits. We can only reflect on what we've done. I am very proud of the boys. This team is in the second season in the PSL; Wits are a seasoned team and to come and put a performance like that is really great.

"They were nullified. At the end of day we can work so hard and sometimes things like these do not go your way..."

Hunt, who's team have not won a league game since September, said: "We got a penalty and they got it too, so this is one of those things that happen in football.

"We missed chances and that is obviously frustrating. You know the problem with us is that we don't play any football; this is crazy; we were so rusty."

He was referring to the Fifa week and the fact that with just eight games, the Clever Boys have played the fewest matches in the Absa Premiership.